This article from 2010 has been edited, updated, and expanded in 2020. Find our overarching movement philosophy and how it relates to pelvic issues, as well as more pelvis and pelvic-floor articles, exercises, and recommendations at Our Best "Healthy Pelvis" Resources. 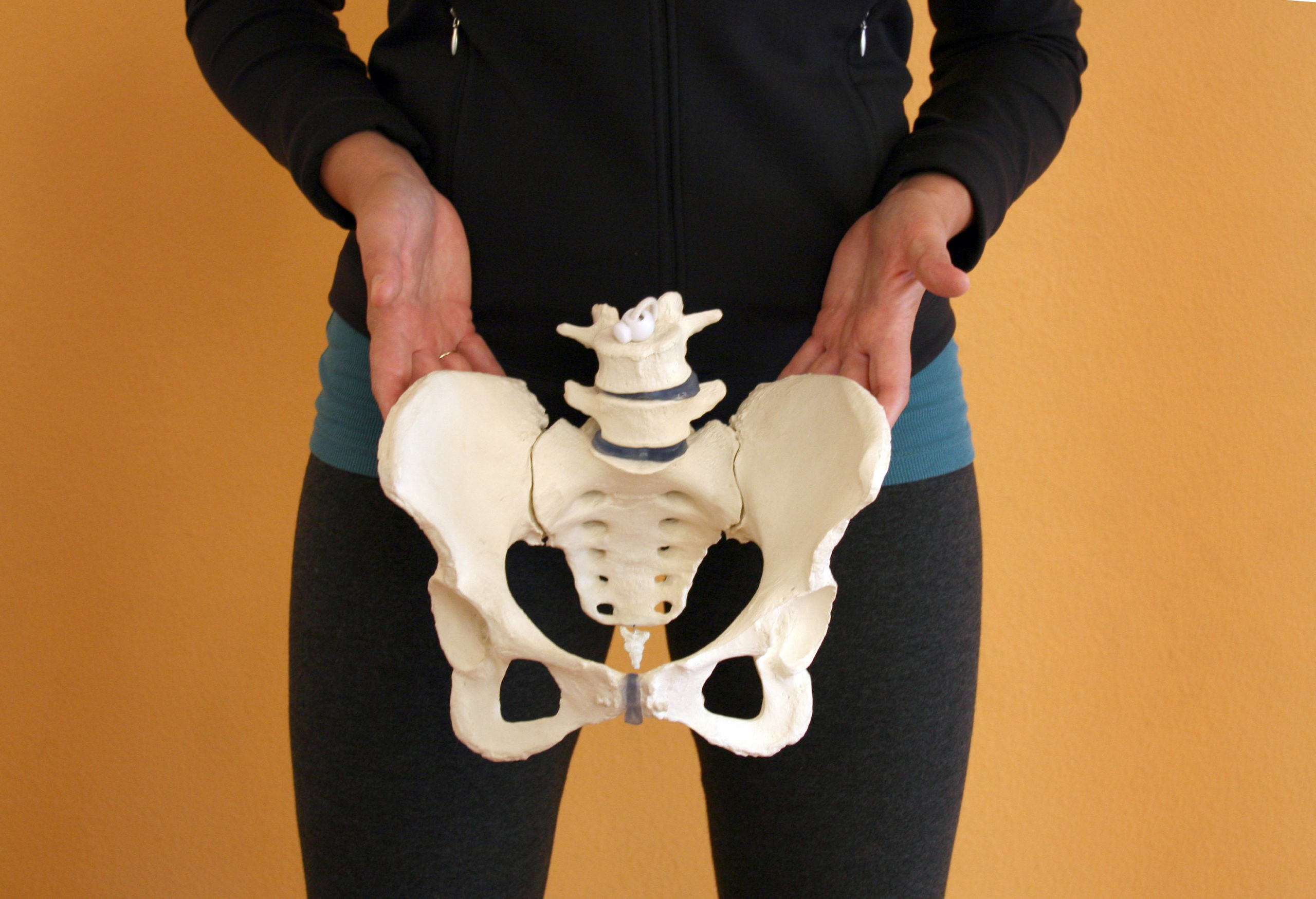 From "Forecasting the prevalence of pelvic floor disorders in U.S. Women: 2010 to 2050." in the journal Obstetrics & Gynecology:

Here are four ways to start moving in a way that can better support the needs of your pelvis:

2.  Check your heels at the door (formerly: Get out of your heels ASAP).

From Podiatry Management, by William A. Rossi: "Perhaps the single most visible difference between the shoeless and the shod foot is the elevated heel under the shoe. The numerous influences of the shoe heel on the foot and body column are not fully understood by most medical practitioners. The practitioner commonly speaks of "sensible" heels. Such a heel does not exist. Any elevated heel automatically initiates an altered series of foot and body biomechanics."

Here's a picture from Simple Steps to Foot Pain Relief, adapted from Rossi's now-famous graphic: "On the left is a normal body column stance barefoot; center, angle of body column on medium heel if body was rigid; right, to maintain an erect stance, the column makes adjustments to create a new body profile." 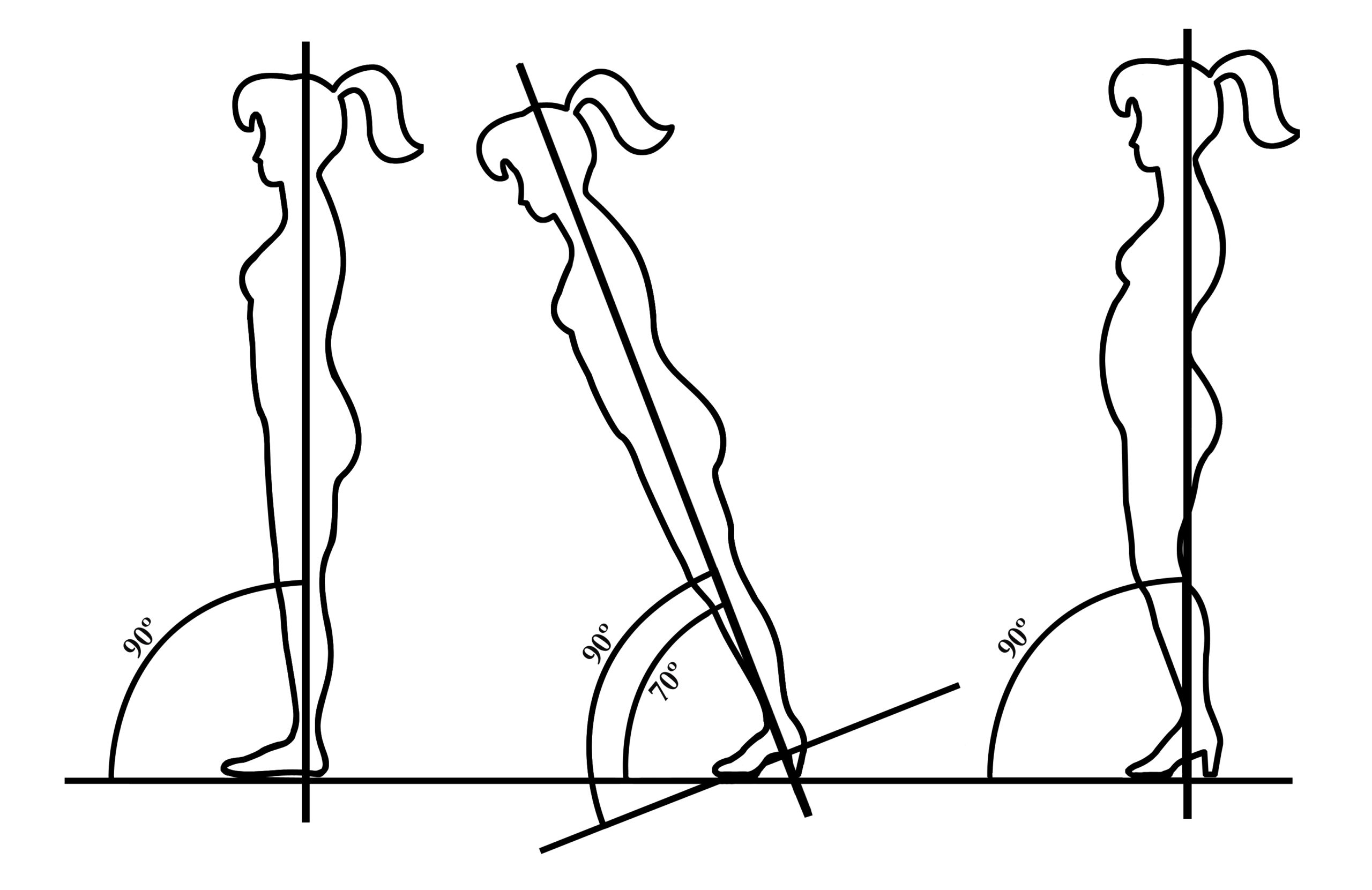 I'm a biomechanist and often think in terms of geometry. What you put on your feet can change the position of your ankles, knees, hips, pelvic, and spine, which go on to change the leverage of all musculature involved. If your pelvic musculature isn't working, consider the environment in which it's working.  No, you don't have to go barefoot—you can find flat shoes that do what shoes do without potentially getting in the way of what pelvic muscles need to do.

3. Start walking more but learn to push off using your glutes. 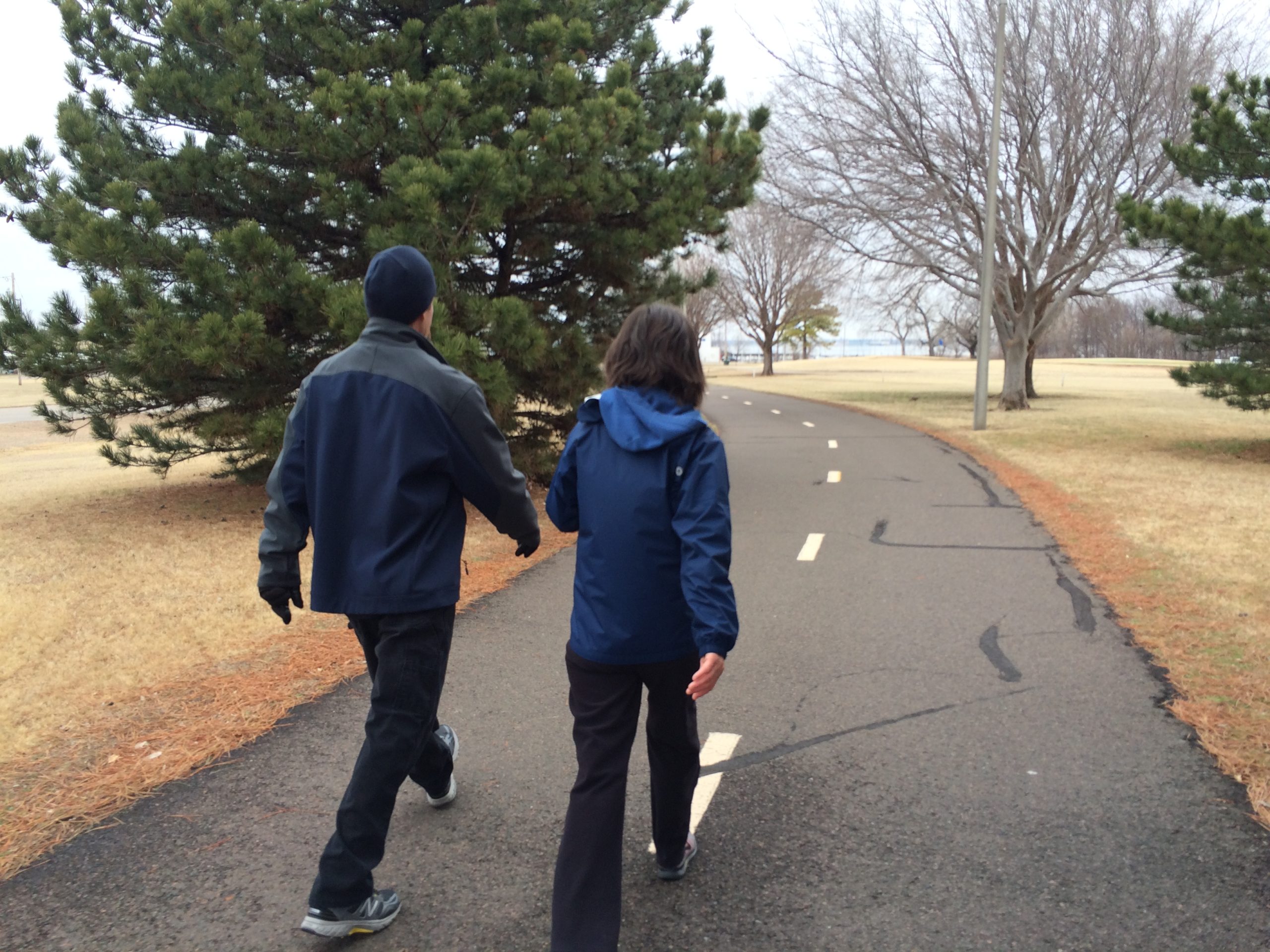 Walking is part of how the parts of the pelvis, especially the glutes, offset (or, balance is another word), the constant load the organ weight is placing on the pelvic floor. You can read more about walking in Move Your DNA and also in other articles on gait, but in short, we sit on our butts a lot—tucked butts, at that—and we don't walk that much. And when we do walk, it's in a way that keeps our butts tucked and meanwhile the pelvic floor is sitting there missing the movements that are part of its baseline function.

And here's where I talk about treadmills. If you've got no other way to walk, then strive to use treadmills in a way that doesn't disable your hip extension and encourages glute use (slower, but more up hill). I know this all  sounds weird, because isn't walking always walking?  To which I'll say no and offer a fast physics lesson.

On this planet, things move forward by:

B) Using a credit card

C) Leaning forward, and then falling.

In order to propel yourself forward you have to generate an opposing force. Think of swimming or rowing. You dip your arms or oars into the water and push back. Even your tires push back to move the car forward. The muscles that row our oars back, the oars being our legs, are the gluteal muscles.

On a treadmill, because the belt is moving toward you, so you don't get to push back. Instead, a leg needs to lift up (hip flexion) followed by a fall forward. There are many ways to walk that meet our metabolic needs for activity, but not all meet the musculoskeletal movement-needs of the pelvic floor. All walking, like all foods (yes, even junk food), have benefits. But in the case of of walking for stronger pelvic floors, we're looking for walking with a little Vitamin B(utt). Start walking more, but focus on restoring your posterior push off through increasing your degrees of hip extension and glute participation.

4.  Untuck your pelvis and stop sitting on your sacrum!

Responsive pelvic floor muscles need their levers to move, and there's a strong chance you're sitting directly on top of your sacrum—one of the bones that's part of the pelvic floor's leverage system. Placing the sacrum under constant and displacing physical pressure all day long isn't helping pelvic floor matters, so learn to sit differently and in a way that affords your pelvic parts more movement.

Watch the video below to help you find a better way to sit (keeping in mind that the best way to sit might be to do it while up and walking around). Tilt your pelvis forward until your sacrum moves from beneath you to behind you.

When you go to move your pelvis, make sure you're not thrusting your ribs but are rolling your pelvis forward. Keep the ribcage in place. Sitting up on a rolled towel can help you find the correct pelvic tilt more easily!

Alright, you've got your tips.  Let's go to it!

Rossi, WA. Footwear: The Primary Cause of Foot Disorders. A continuation of the scientific review of the failings of modern shoes. Podiatry Management. February 2001.