Five years ago a man attended a workshop of mine and mentioned a game designed to train the senses. I just got around to playing it a month ago. We played it and it turned out to be super-fun!

What you'll need to play are: 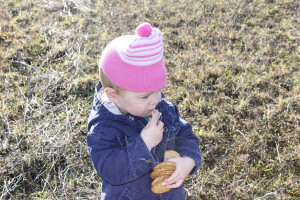 I don't know if this game has a name, but here's the run-down:

Take a whole bunch of kids to a wide space, preferably one that doesn't have any wells or bear traps on it. Unless you want to really up the ante, which you don't. 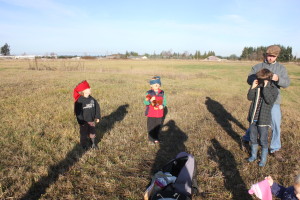 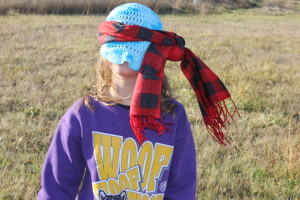 Once everyone is blindfolded, lots of chaos will ensue while someone walks out into the field with the drum. 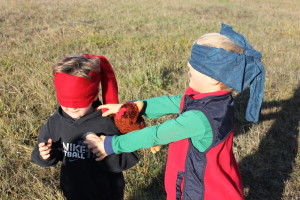 The drummer softly (or not) bonks the drum intermittently. Participants are listening to these blips to know which way to go. 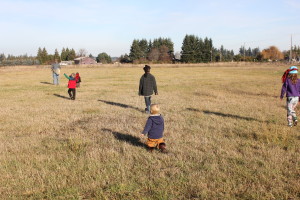 The softer and less frequent. the greater the challenge. Super-fun for the adults too. 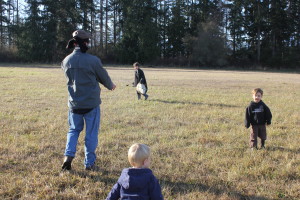 The game session ends when everyone has reached the drummer. 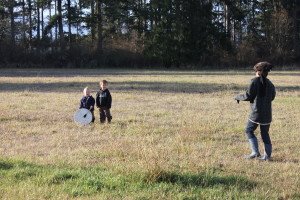 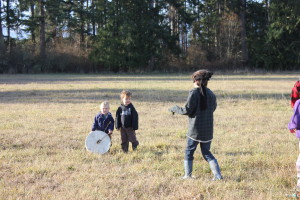 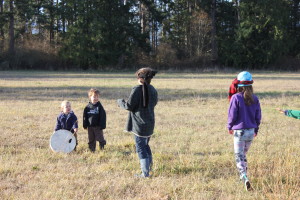 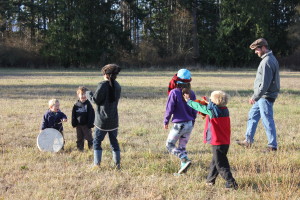 "Hey, you want to go get in trouble?" 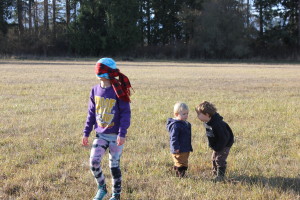 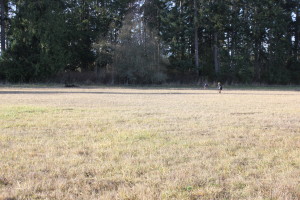 The quieter the environment, the more spectacular the game. Nature itself is noisy, but until you strip away urban sounds, you can't hear the sounds of trees, birds, bugs and weather. Littles might not really *get* this game, but they'll love being outside and will watch and walk with the bigger kids. They also love to drum.

Older kids will be able to tune into how much their hearing can guide their directional sense. This game makes a great homeschool lesson on senses. It's also great when camping or for Hunter-Gatherer themed birthday parties.

Did I ever tell you that I had a Hunter-Gatherer themed baby shower? 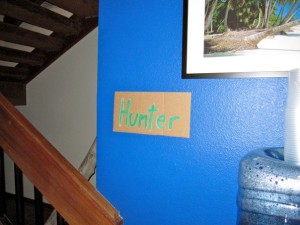 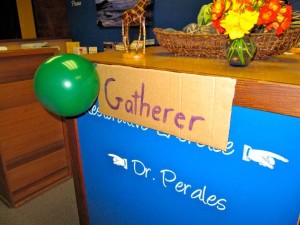 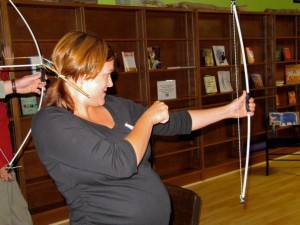 It was awesome. Hunter-Gatherer is an awesome party theme. I'm waiting for Hallmark to come up with a Paleo-Party Invite. With a spear, of course.

Speaking of hunter-gatherers, a large aspect of H-G culture includes groups of kids varied in age, non-sibling, playing or working together. See if you can manifest this with your children—once a week? once a month?—a big group of kids, all ages and sizes, spending an hour together learning about their internal and external environments, and depending on one another for survival. Or at least for finding the dude with the drum. 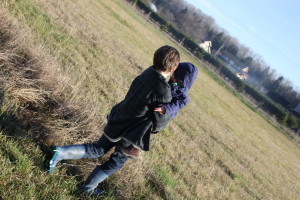 You can find other outdoor games that will get you moving in nature in Kids: A Walking Scavenger Hunt and Come to Outdoor School for Five Minutes.