I have a lot of things to get done today. Would you mind not covering stories like Hip Replacements More Likely to Fail in Women all posting it all over the place? It’s distracting and I find myself unable to get anything done until a post is written about this. It’s a personal problem and not your fault at all.

What bothers my biomechanical sensibilities most about this story's coverage was the suggestion (by the media, not the study) that the reason this might be happening was due to the fact that women have smaller bodies, and typically use smaller replacement devices. Since the device is smaller, it must be less stable and more prone to dislocation. And separation. And infection. Kind of like taller women being predisposed to upper body weakness due their arm length. {Author's note: When you were sitting in math class wondering When would I ever need math in regular life? This is it that time. Math is helpful everyone, really.}

I just wanted to put out a few tidbits out there:

1. Hip replacements are more likely to occur in women. This is, in part due to their habits and how these habits affect joint torsion which in turn affects joint wear. I’m not going to mention shoes, because I know you are probably already familiar that women are more prone to positive heel selection because you’ve read this: 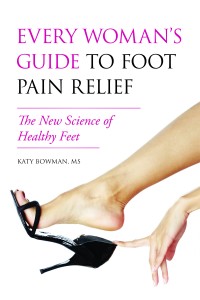 2. Most modern humans have extreme lateral hip muscular deficiency due to many factors. When you couple this weakness with a wider pelvis, which more women sport (Hey, look! A Sport Pelvis!), lateral hip weakness is greater when compared absolutely (not relatively) between populations. Meaning, a woman with weak lateral hips and a wide pelvis could place a greater load on her device than a heavier man with a narrow pelvis would. On his device. Not hers. Unless they were "together." Then I guess he could be loading her device too. But that's not covered in this study, so...

3. Women, more often than men, tend to stand with their feet closer together than their pelvis is wide. Because it’s demure and stuff. Except this woman. Which is why I love her.

Standing with your feet closer together than pelvis-width places more torque on the joint. Xena doesn't have a hip replacement. You can make some adjustments too, by reading this (click).

If you have habits that impede hip regeneration before getting a replacement and then continue to move the same way after you get a replacement, your replacement could be loaded excessively as your muscles cannot generate enough force to stabilize the hip joint. It’s not an inherent weakness of the replacement as much as it is a failure to address the mechanisms that over-torqued and degenerated the hip in the first place.

The moral of this story is: If you don’t see how your movement habits correlate to your musculoskeletal issues, you’re bound to keep on keeping on -- back to the doctor.

The other moral of this story is: Prevention. Want to know about your shoes and hips? Read this (click).

The other other moral of this story is: Do the pelvic list right now (at the bottom of this post). Then do it again in 20 minutes. Eventually, it should be part of every step you take. Eventually.

P.S. This pelvis/lateral hip weakness scenario is the same underlying mechanism of lowered bone density in the pelvis and femur.

P.P.S. I'm writing another book and this stuff, specifically why our lateral hip muscles have withered away, will be in it.