Say that you're not able to ditch the couch or install indoor monkey bars. Guess what you can do: get a ladder.

A couple years ago, my husband came home with a bamboo ladder he bought at a thrift store for twenty bucks.

At first we just set it on the floor. Instant balance beam for our then one and two-year old. Then, I started elevating one end on a small stack of pillows. This made for a little increase in swaying motion and a short falling distance. 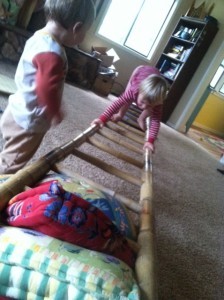 Then we elevated both ends, making it a little more wobbly. 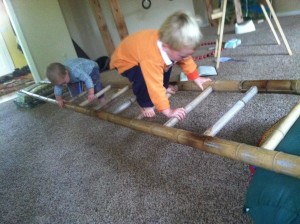 Then I added a BOSU sometimes, or a BOSu and a pillow. 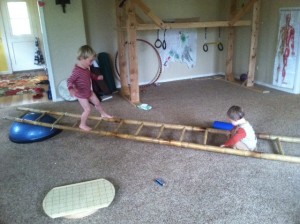 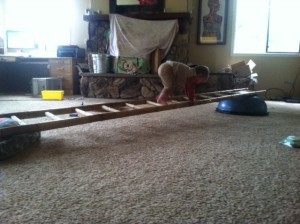 One rainy day we shoved the ends through some hanging rings. Boom. An instant set of swinging monkey bars more challenging than stationary ones. (OMG, look at that little baby!I can't believe that she's almost two and a half now!) 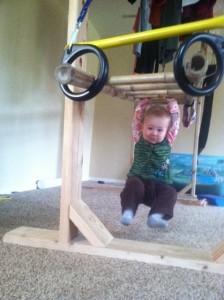 We also raised one end of the ladder, and now we had up and downhill monkey bars. 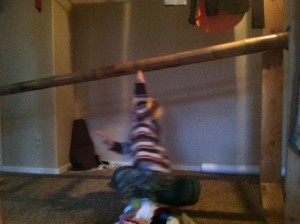 They got so good at the ladder, my then three-year old managed to carry it outside and put it up to the roof for his then just two-year old sister to get on the roof. Because when you know you're not supposed to get on the roof, it's better to suggest your sister go up there. 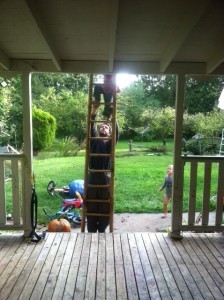 It's like a Family Circus cartoon around here, but don't worry, we're all OK.

In all ladder scenarios, we provided a little change-up to the environment, and they adjusted as they saw fit. They went back to their hands or they stood up based on their comfort level. I could watch them break down a single motor skill--like weight transfer--into smaller motions that always kept them operating within their own strength-boundaries. It was amazing, and I have some video I'll share next time.

Last fall, I found two old-fashioned wooden ladders at a garage sale for five bucks. FIVE BUCKS! I love these bad boys because they're sturdy. Each rung meant to hold the weight of a 250-pound person, which is a lot better than our bamboo ladder with strains under the weight of a 80-pound cousin. The fruit picking ladders--which is what I call them as I grew up on an apple tree farm--are so strong we adults get to play on the ladder too. 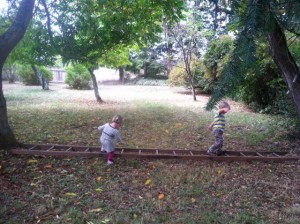 It took us awhile to get it up, but now we have moving ladder monkey bars for kids all ages, including me. 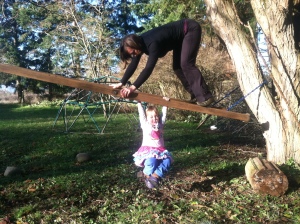 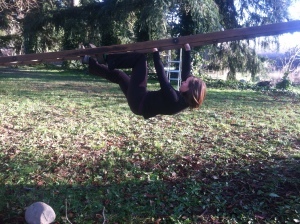 UPDATE 1/9/2016: My now 4- and 5.5-year old have found a new ladder game: put a ladder over a hole (3' in this case). It's amazing to look back and see that the skills they've been practicing throughout their life come in handy in a similar, but more risky situation. This way they when they are nervous to see the high stakes (i.e. 3-foot drop) they can rely on their body competence to turn their nervousness into bravery. 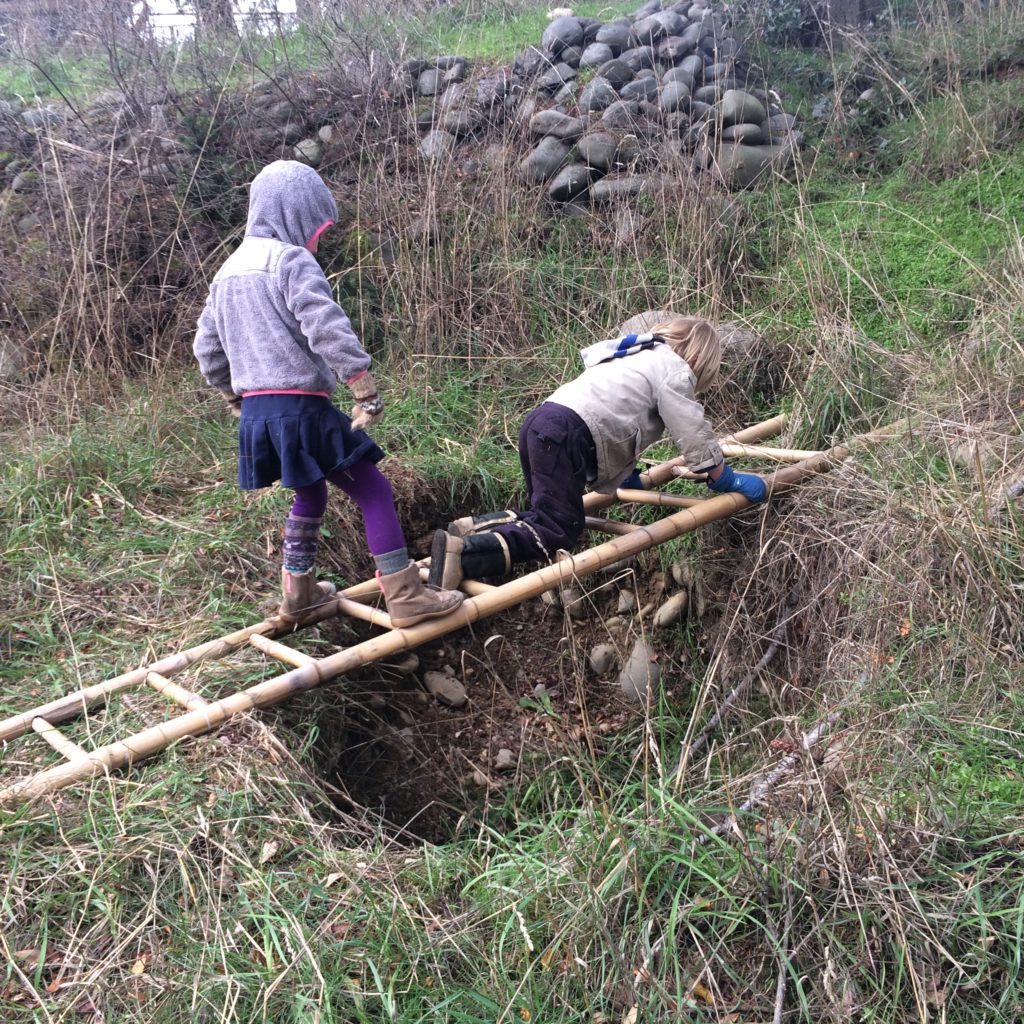