This post was updated February 2020 to update its resources. 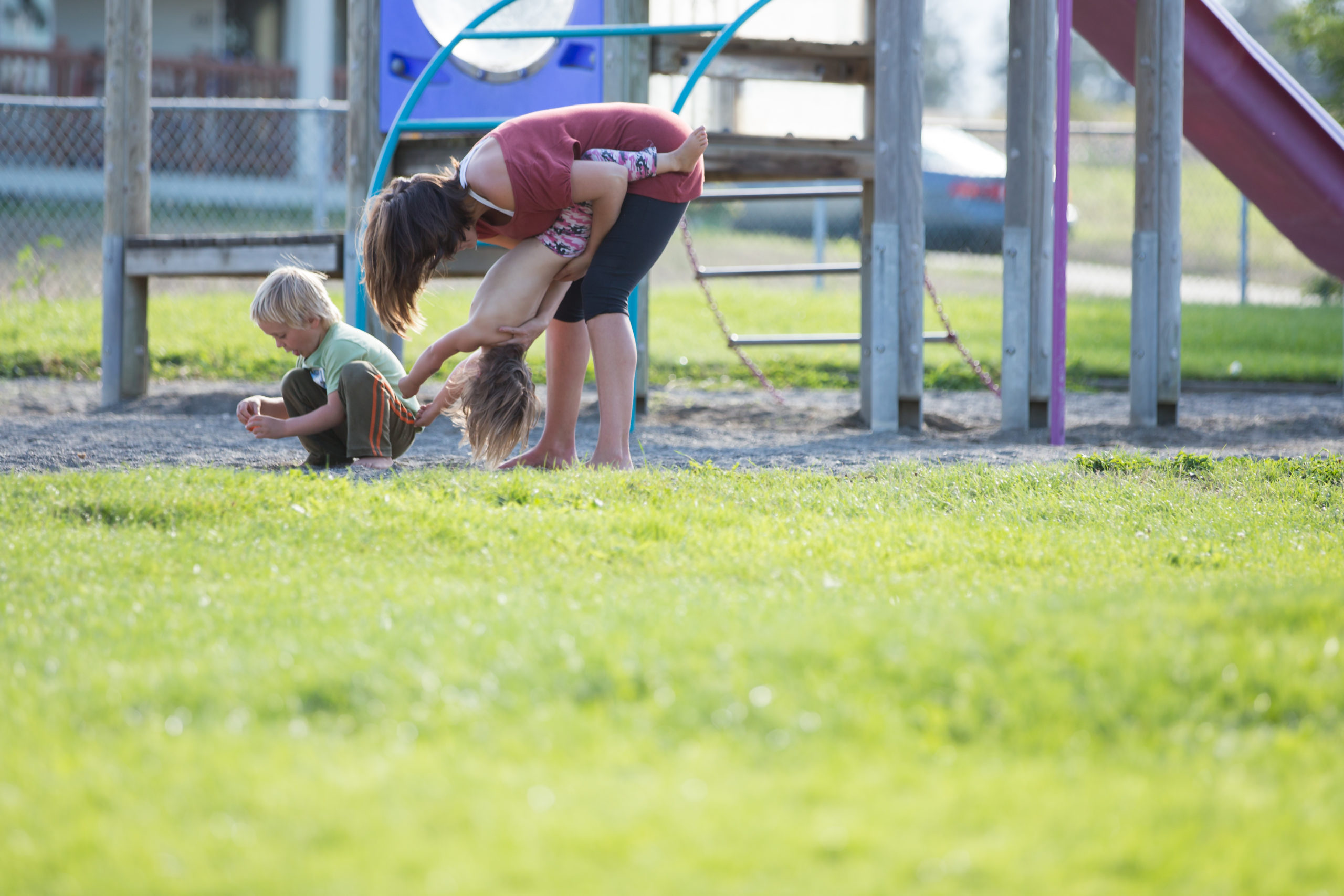 Carrying stuff in your arms can be tough. And by carrying I don’t mean picking up heavy stuff 5 to 20 times in a row, but sustained, long-duration carrying. Think carrying your kid for a few miles.

I’ve posted before on adjusting certain body parts (like your ribs or shoulders) if a part is ailing you after lots of holding, but this post is about the wrist pain that can sometimes come with carrying stuff. For this example, I'm using what I carry most often (my kids), but you can apply this info to many other things, so even if you don’t have or carry kids, you can apply the principle to what you carry most often.

The body has this basic instinct to expend as little energy as possible. This means you come with a huge bag of tricks that allows you to do an activity utilizing as much passive force as possible. Which means that it's easy to carry stuff using as little work as possible. After all, WHY WOULD YOU WANT TO USE MORE MUSCLE TO CARRY SOMETHING? That's the rub. When you assume a load and have ways of avoiding muscular work, the work is done by other tissues, like your ligaments. Ligaments don't respond to loads by getting stronger in the way muscle can. Rather, many less-work ways of carrying a load can actually decrease the integrity of a tissue.

In the case of wrists, it goes like this: You’re holding your kid in your arms, but by grasping your wrist with the opposite hand, the arms' muscles relax and the load is held by the sling-like structure you’ve created. You've got one hand's muscles working to grasp, but the ligaments of the wrist you're holding and that arm's elbow and shoulder are also all under tension. 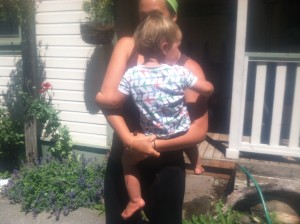 Try holding this way to feel how much tension (pulling one end of something away from the other) is created at the wrist.

On one hand (get it?), utilizing a tractioning force like this is great because your arms get a break. On the other hand (which is actually the same hand anatomically speaking—I'm using "other hand" as an idiom, not a description of the anatomy) it’s bad for the wrist’s connective tissue, which is slowly deforming under the load. Doing this a few times is not a big deal, but this way of carrying is not sustainable as a main strategy for carrying.

To see how much of the arm's muscular work you’ve given to the ligaments, stop holding your wrist and either hold with one or two, non-connecting arms. 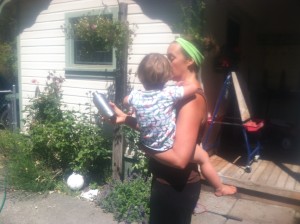 See what the full load feels like to your arms? This is how much more upper body work could be going into carrying the load. (And if you thought it was easy to get these photos, YOU WERE WRONG. I wish I had a video of the 23-second wrestling match that ensued. I lost, in case you were wondering.)

Using your hands to grasp is definitely helpful when it comes to lifting and carrying stuff. You're going to need to use your hands in different ways; this is to point out that if the way you're carrying is leaving you injured, you can change your carrying form.

If you have a sore wrist exacerbated by carrying, my first suggestion is to stop pulling on it so much. Let your arms, slowly, adapt to doing more work. To transition slowly, you’ll need to find a way to give your arm muscles a break. To assist yourself as you build strength, vary your carry in any of these ways:

1. Find a different part of the arms to hold on to.
2. Use your other hand to grasp your opposite arm.
3. Teach your kids to hold on to you.
4. Carry on your shoulders and on your back more frequently (i.e., don’t just go in-arms, or only in right arm or in left arm, because that's your habit).

While you might be most interested in figuring out a better way of holding because of your sore wrist (or shoulder or back or whatever), changing positions regularly is not only good for you, it’s good for the kid—who should be rotating around your body anyways. Just like baby-led weaning, baby-led moving (i.e., the kid-initiated assumption of numerous positions relative to you and gravity) is what cultivates new muscle patterns and strength. Everybody cross-trains, every body wins!

Read more on joint hypermobility and strengthening your upper body for better carrying. Read more about moving more with kids and babies!