Last week we talked about pushing out the pelvic organs. Not the best thing.

Today we talk pushing out a baby. Much better thing.

I'm going to attempt to explain the physics of vaginal delivery to you in less than a thousand words. So far, I am already at fifty, so this should be interesting. Fifty-five now, but I digress.

Anyhow, there's this thing called the uterus. The uterus is the organ in females (aka The Womb) that wraps almost entirely around your growing, not-yet-born, baby. I say almost entirely, because the uterus is shaped like a balloon, with an opening at one end. Why the opening? Because the baby is eventually going to need to get out of the organ and conveniently, the uterus is equipped with a doorway. Equally convenient, to keep babies from falling out all over the place, there is a temporary development of tissue that *plugs* the door until you and the baby are ready to go.

The doorway is down at the lowest part of the balloon, because frankly, babies don't have the motor skills to climb up and out. They like to use the path of least resistance, which is going along with gravity.

So, you have this balloon-shaped organ wrapped around the baby, called the uterus.

Geek Notes: Why is it called the uterus? You'll love this.  The uterus comes from the Greek word hustera.  From the word hustera comes the term for a medical condition called hysteria -- a disease believed (in the days of Hippocrates) to be a condition of the uterus.

“In the middle of the flanks of women lies the womb, a female viscus, closely resembling an animal; for it is moved of itself hither and thither in the flanks, also upwards in a direct line to below the cartilage of the thorax and also obliquely to the right or to the left, either to the liver or spleen; and it likewise is subject to falling downwards, and, in a word, it is altogether erratic. It delights, also, in fragrant smells, and advances towards them; and it has an aversion to fetid smells, and flees from them; and on the whole the womb is like an animal within an animal.” from Aretaeus the Cappadocian

Until the 1930s, hysteria was the most frequent psychiatric label applied to women.

Until 10AM this morning, hysteria was the most frequently used "pet name" about my house.

Have I totally lost you? Let's get back on track.

The balloon-shaped uterus has a nice layer of muscle (myometrium) that, when the time comes, begins to contract. Actually, the myometrium has been contracting all throughout the pregnancy, but with such sporadic frequency and low force, it is fairly impossible to detect, especially when you're constantly distracted by life. And television.

Fun Party Trivia: If you're ever at a party and someone asks, "What is the strongest human muscle," you can disagree with them when someone says the tongue. Unless it's a dude, in which case it might be, for him. But even stronger than the human tongue is the myometrium. What makes this muscle the "strongest" is the fact that it can generate an insanely high amount of force with very little tissue. Pound for pound, the uterus has got the rest of the musculature beat when it comes to force production.

There are two things the uterus has to do. First, it has to open the cervix. How does it do this? No one knows quite for sure, but one thing is clear. In order to get the cervix to open rapidly, it helps if the baby's head is "knocking at the door." This knocking is called the Head to Cervix Force. There are two things that maximize the force -- the first is baby head position and the second is, of course, being upright and walking during the dilation phase (increasing downward pressure).  Women who progress slowly or end up needing to have a cesarean have been shown clinically have low Head to Cervix Force.

Second: The uterine contraction, once fully dilated, now begins to expel the baby. You, Baby -- to the Principal's office!!!

This super-strength of uterus begs the question, especially for those of you who read last week's blog: If the uterus is so very strong, then why are we creating this excessive downward force during labor? Why are we blowing out our pelvic floors and pushing the organs out when you've got the Arnold Schwarzenegger of female organs on the job?

This has a lot to do with the history of facilitated labor. It was believed, early in the development of medicine, that the expulsion phase should happen very quickly, yet in a controlled format. And, because mums in the hospitals were lying down to birth, the biomechanics of the uterus' forces were altered -- no longer is the baby pushing down, but more horizontal. Now, to push the baby horizontally, here come the commands for Valsalva pushing and the "triple push pattern" of voluntary maternal force generation (typically bearing down just before, during, and just after peak contraction force). The result is a shorter expulsion phase, but also greater maternal fatigue (and increase in interventions), and greater pelvic floor (and fetal) stress.  When left to spontaneous pushing, the expulsion phase is sometimes longer, but the natural timing of "pushing" with peak contraction seems to align itself more naturally and results maximal force generation and energy conservation -- basically MOM having a greater amount of energy to get the job done while keeping her pelvic organs and muscles intact.

There is also ONE MORE THING that affects the ability for the baby to get out. And no, it's not how much you want labor to be over with :). The ability for the baby to move downward is how little you are resisting. What do I mean? I mean that every upward force you create out of habit (more on upward force, downward pressure here if you missed it), and the tension you carry in your pelvic floor muscles will make it harder for the uterus to do its job. The uterus has a slow and steady pace at which it works. When met with chronic tension of the psoas, hips (quads, inner thighs, hamstrings), piriformis, and pelvic floor muscles directly, the uterus becomes less effective. See, the uterus can't work harder than it is biologically programmed to do. It can only generate the force it generates, which means the more relaxed and stretched your muscles are before you get to the maternity ward or your backyard birth tub, the more effective your natural process can be.

Now, what are you going to do with all of this info? (Check out my awesome outline!)

1. Know that, although vaginal delivery is a completely natural process, you no longer have naturally aligned equipment. Your heeled shoes, hours spent in chairs, habits of sucking in your gut, chronic stress and tension, high chest breathing, and tucked pelvis make both Head to Cervix and Uterine forces lower than they could be and your resistive forces (hip and PF tension) higher than they should be.

A. You can't do much about it once you've gone into labor.

i.  You can do something about it while you are growing your baby or before you get pregnant.

1. Release your psoas and guts - read this

2. Stop tucking and thrusting your pelvis - read this and this

3. Get out of your positive heeled shoes and go for barefoot, minimalistic, Earth-brand, or super-flat shoes.

4. Get out of your chair and create a standing work station.

5. Work (diligently) to open your hips (quads, hams, inner thighs, and IT band) making sure that your pelvis doesn't move when you do your leg stretches. More exercises here.

6. Walk at least a few miles EVERY DAY, while thinking about all of the things above.

7. Learn about baby positioning. You CAN work with your baby early on for more optimal baby/uterus alignment. Find more info at www.spinningbabies.com (and I love Gail's work so much, I'm going to interview her soon!)

One more thing.  All this uterine biomechanics stuff doesn't ONLY have to do with delivery but also with conception, both natural and IVF. The fluid dynamics of the uterus are drastically affected by position -- something not really mainstream to most professionals, even though it is in the biomechanical literature.

The Gravity of the Situation

“We are all subject to the Earth’s gravity forces, and all biological process must also obey Newton’s basic laws of physics,” says Prof. Elad, who has been studying the biomechanical engineering of pregnancy for over 15 years. “Uterine contractions push the fluid inside a woman’s womb in a peristaltic fashion, which helps sperm reach the ovum in the fallopian tube. And after fertilization, this same peristalsis propels the embryo to its implantation site in the uterine wall. It’s a fluid mechanics issue.

“By thinking about these biomechanical processes during IVF treatments, we can help physicians, and prospective parents, see better outcomes,” he says.

P.S. This blog would be much more interesting with pictures, so I thought I'd include a picture of my uterus: 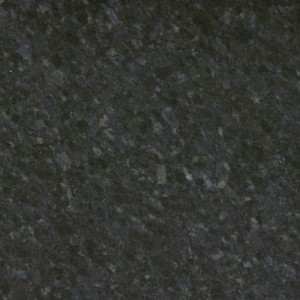 I really need a camera with a flash...

Obstet Gynecol. 2009 April; 113(4): 873–880. Biomechanical Analyses of the Efficacy of Patterns of Maternal Effort on Second-Stage Progress