It turns out that, while I am all for non-surgical options, I am more all for understanding the problem and adjusting behavior.

In case you missed it, scientists are working on a less-invasive way of treating osteoarthritis. Instead of getting your joints replaced after years of misloading due to joint instability stemming from muscle weakness, you might be able to get an injection that can alter your body’s response to the aforementioned misloading and save your cartilage.

You can read more here: Osteoarthritis Halted in Mice.

As I have mentioned with frequency enough to make anyone ill (I apologize), the way you move your body leads to particular cellular outcomes. Loading the body -- the knee or hip joint, in this case --  in an unnatural way creates an abnormal load, injuring the cartilage and stimulating bone activity beneath.

A little on how it works:

1. Cartilage damage comes with swelling (as you can imagine) which increases the size of the tissue and the pressure within the joint and on the bone.

2. The increase in pressure translates into a new, unique bone load, to which bone adapts.

3. Bone adjusts its shape to deal with the new load, although this new shape is not really compatible for the cartilage above it or suitable for long-term loading.

4. The new bone shape creates micro-cuts into the cartilage like a knife (especially if the loads that damaged the joint in the first place are still occurring) and slowly wears cartilage down and out until you need a joint. Or joint replacement, depending on which state you live in.

I live in Washington state. So, well, you know.

This is a nice drawing from The Human Machine to distract you from that last joke. 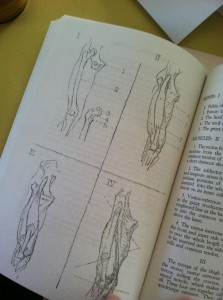 Back to the article: “[Researcher] Cao says degeneration is most frequently initiated by instability in the load-bearing joints of the knee and hip caused by injury or strain, so athletes, overweight people and people whose muscles are weakened by aging are at highest risk of developing {osteoarthritis (OA)}.”

Cool. That's in line with most OA research.

Then, there’s this part from Cao: “We think that the problem in  OA is not just the cartilage ‘cushion,’ but the bone underneath,” he adds.

Er, I know it’s possibly a semantic issue or that I'm splitting hairs, but I'm taking what he is saying here to mean the bone is the problem and so we need to fix the bone. But didn't Cao (and the bulk of OA research) say that the precursor to the bone's reaction to cartilage damage is the misloading of the joint?

It bothers my bio“logic”al self to think that the potential treatments being considered (or funded) would be the creation of a local injection that halts the body’s natural response to trauma.

You see, bone's ability to beef itself up to new loads is how the bone defends itself from damage. A bone's robusticity -- that is a bone's necessary size, shape and density (given its environment) is essential. If bone cannot adapt, it will fail. And if bone is allowed to adapt then the cartilage will fail. So am I weird to want to ask the researchers, "Hey, what about the loads?" Am a square to not subscribe to the Robbing Peter to Pay Paul mentality? When did a wholistic approach (let's save the whole body!) become alternative? How long is an "every part for herself" mentality supposed to last? Is Wall Street running medicine as well? Is this all Ayn Rand's fault? Was that last reference too obscure? Should I have opted for a nap instead of writing this?

The notion that we would halt the bone from saving itself, to keep the cartilage from being further damaged, which would decrease the bone's ability to hold up the body -- while continuing behaviors that damage the cartilage -- is beyond asinine. Kind of like the syntax of that last sentence.

Doesn’t it make more sense to address loading behavior so we get both the right amount of cartilage and the right shape of the bone so they can both do their job? Or is my thinking off somehow?

I liked it better when Science was about understanding Nature, not controlling it. 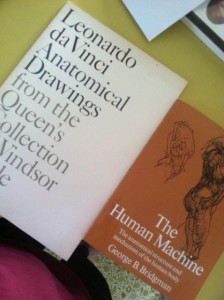