Movement Matters covers a lot of ground, but if I had to sum the book up with one (compound) word it would be perception-challenging. Many of you have asked for ideas regarding "how to teach Movement Matters-ideas to my own kids" and my reflex answer is that in addition to teaching about/modeling natural rhythms and wild food, and movement, "that humans are always perceiving, including your parents" might be the most powerful lesson, even at young ages.

Here are some of my favorite books that embody, in part, some of the ideas found in Movement Matters.

Blueberries for Sal by Robert McCloskey. This is an old one, but a fave around here. Blueberries for Sal has a "wild food/harvesting/preserving/perceiving wildlife/how are we similar and different to other animals" vibe. For similar books, especially around wild food harvesting, wild-food harvester and author Sam Thayer has a nice selection going here on his website. 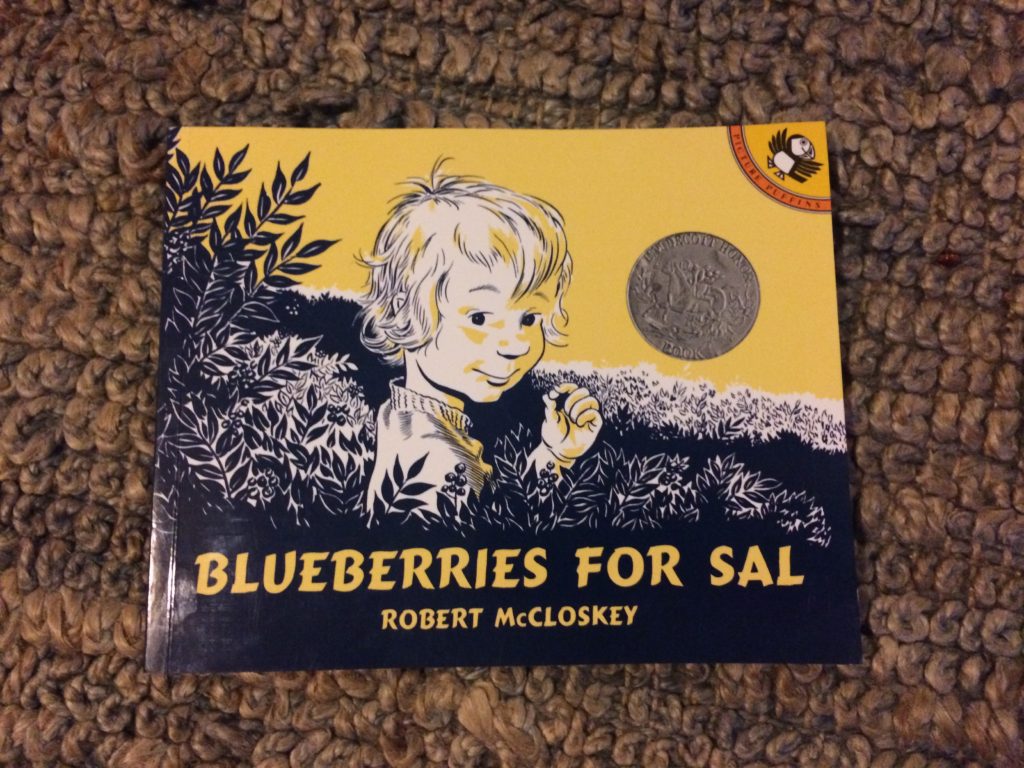 Mr. Tiger Goes Wild by Peter Brown and Wild by Emily Hughes. I cannot lie, Mr. Tiger is MY FAVORITE kid's book of all time. These are books about what it's like to be different from everyone else--to realize it and take action and how norms are perceived by those whose norms they are not. I sometimes feel the need to hand out Mr. Tiger to my own friends who are still puzzled by 87% of our behavior, which includes that I'm handing them a children's book to explain my life-choices. 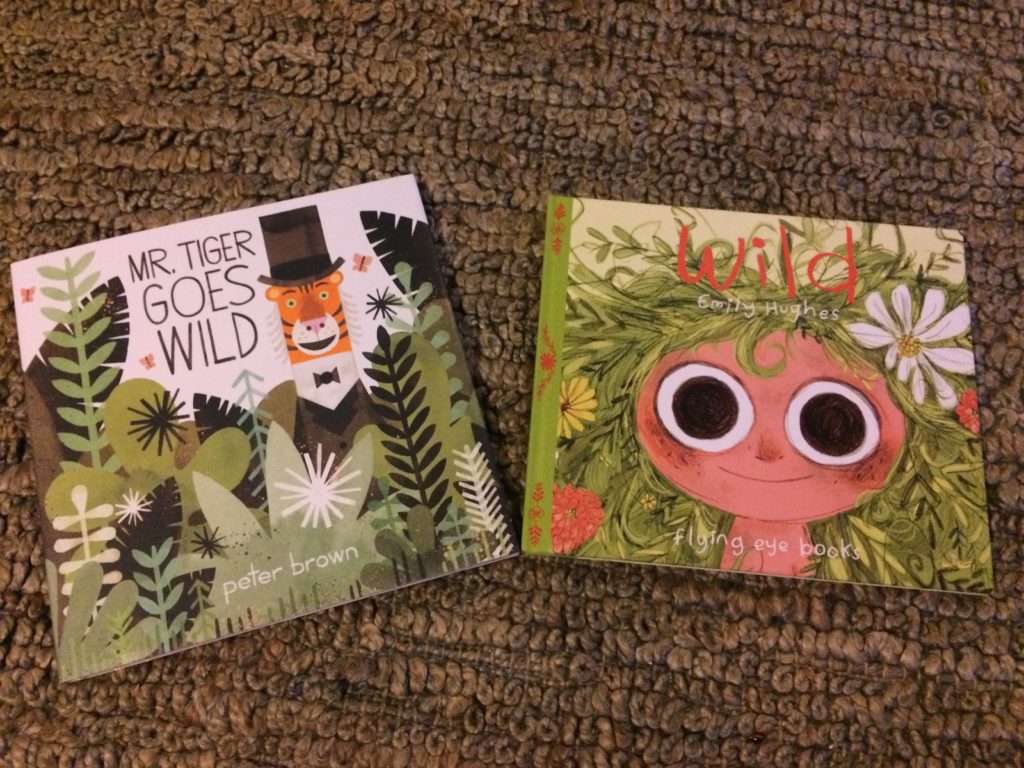 Zoom by Istvan Banyai is a great book on perception and perspective. Zoom has no words, and it bends my brain to ponder the book in its entirety (it's sort of like the universe, this book). It's a great tool to refer back to when you're trying to convey the idea that what you see depends on from where you're looking. 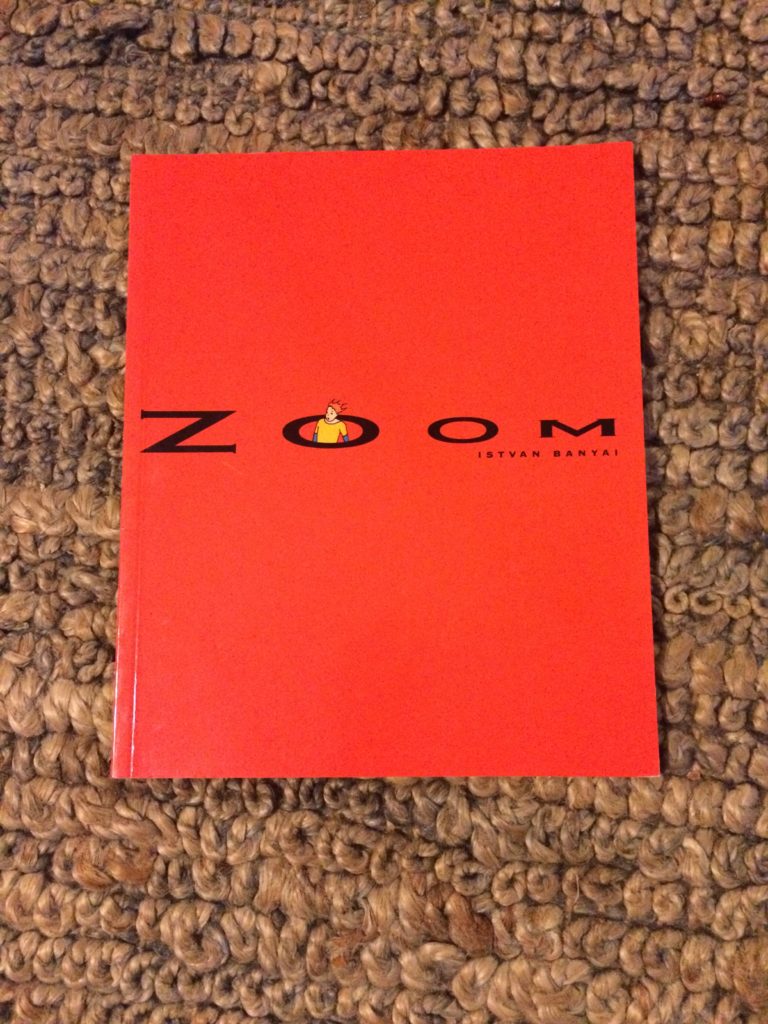 All books by Byrd Baylor have changed my own perception of "what is" and were fundamental to my understanding of things as I've presented in Movement Matters. My friend first gave me (my kids, really) The Other Way To Listen and I found it powerful. Everybody Needs a Rock and The Way to Start a Day (in that order) are my runner-ups to TOWTL. 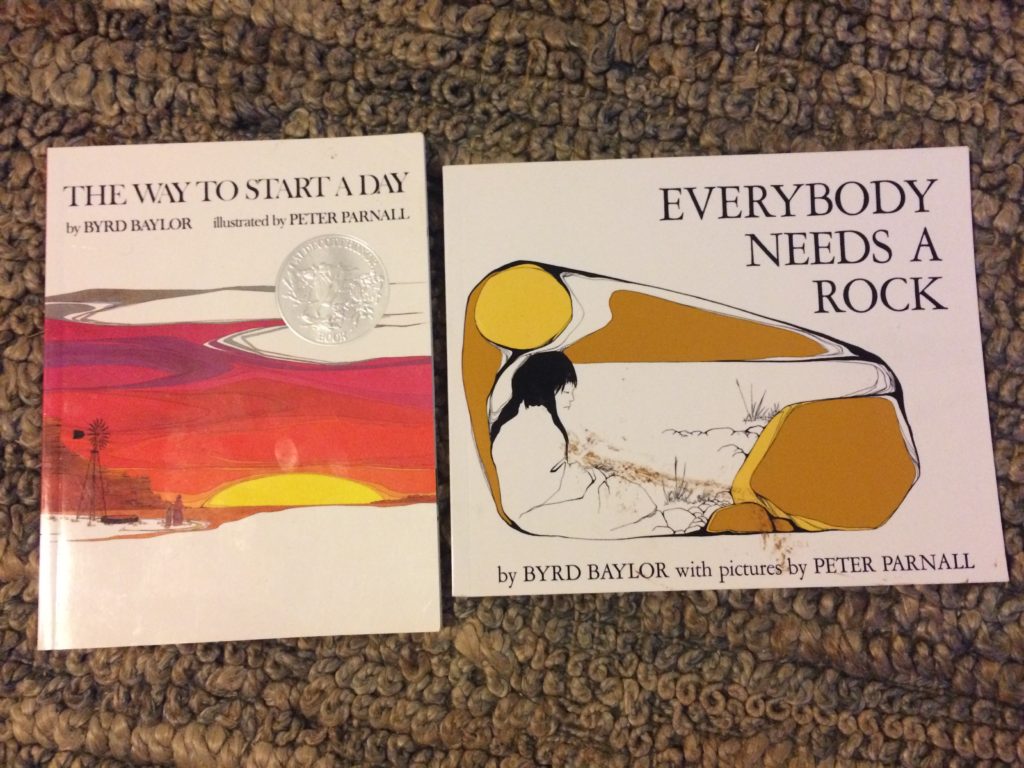 Finally, The Bear That Wasn't by Frank Tashlin has to go on my "most important books I've ever read" list vs. a list of my favorite children's books. What does it mean, when all levels of authority disagree with what you say you are? What does it mean when others "at your level" but with a different experience of life disagree with what you say you are? When everyone else that surrounds you says you're silly and that you don't know yourself, are they right simply due to numbers? THESE ARE QUESTIONS, and The Bear That Wasn't offers one bear's perspective that we've referred back to often. 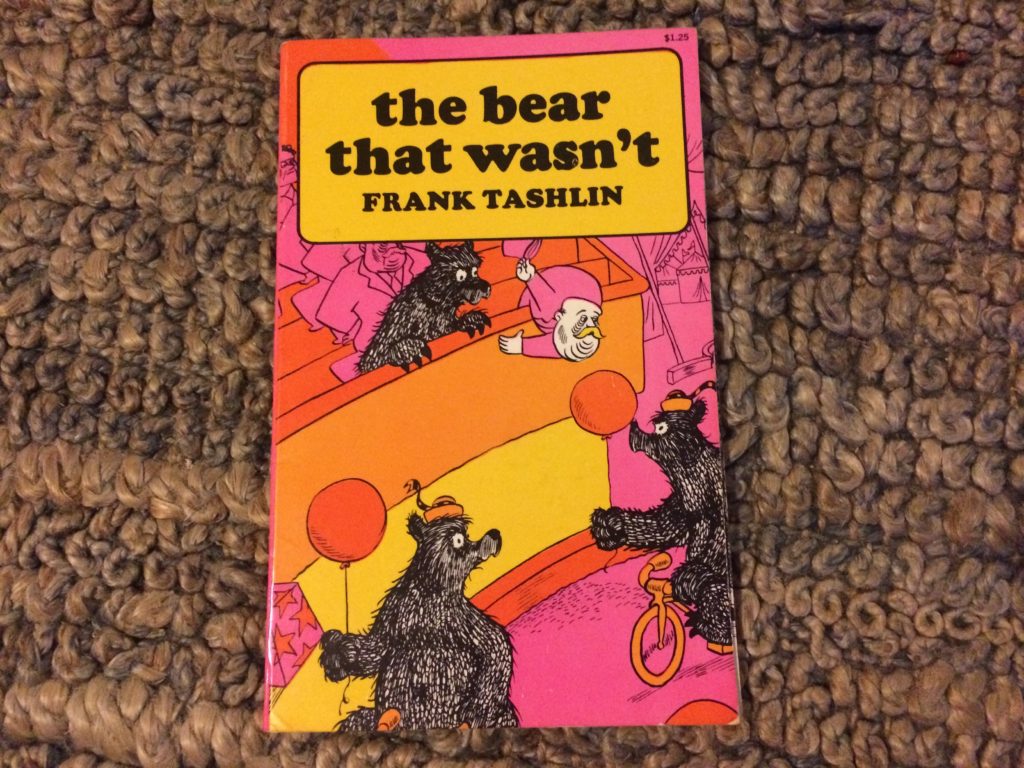 In addition to books, there are a couple other house-standards we use to constantly refer back to the idea of perception when answering our family's questions regarding "what is".

I've always been interested in space and time because physics geek, but recently I've become more and more aware that my understanding of spacial orientation and time is heavily influenced by my culture.

A few years ago my husband stumped me with a question that stumped him (though he was stumped on the answer; I was stumped by the question itself), after reading an article similar to this one about how an ice shelf on the eastern side of Antarctica was melting: "How do you figure out where the eastern side of Antarctica is?" SPOILER ALERT: East, west, north, and south aren't globally applicable concepts.

To keep the mind-movement/where-am-I?-perception-challenge going, my husband brought home a "South is Up" calendar. He's fun like that.

Of course we're on a ball floating in space and "up" and "down" are perceived movements or directions or positions that come about from seeing the same arbitrarily-drawn maps and globes over and over again, but it never occurred to me how casted my perception of "where I am" was, until this map challenged it on a daily basis. 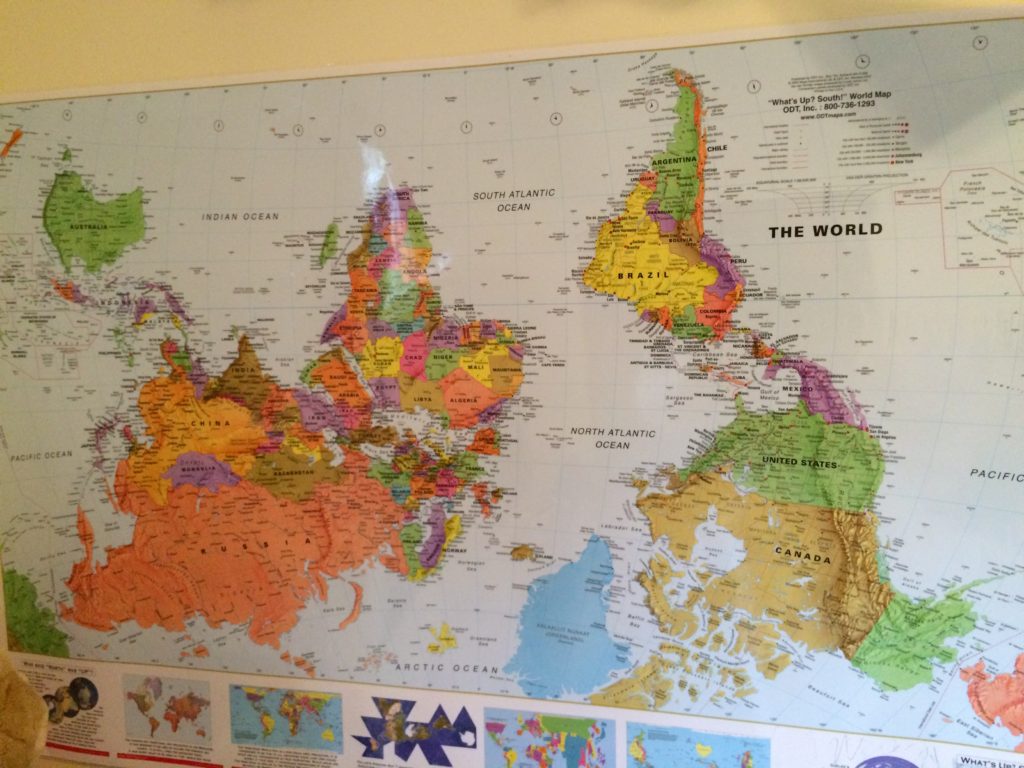 It's not that one map is more valid than another--all maps are necessarily biased--but that a map's usefulness depends on what information you seek to gain from it. To get rid of all biases of all maps is to be left with just the earth (a map is just a model). I love that the bottom margin of this map also shows other types of maps with focuses such as normalizing land areas, or normalizing based on distance from a arbitrary point, like my home town. Maps, friends. Wow.

Finally, I've most recently been playing with time. Perhaps like you, I've been largely influenced by the Gregorian calendar, one culture's way of organizing time. My culture's perception of time, however, has influenced (decreased) my ability to think outside my own calendar. In the same way my mind was bent by the maps as presented in my classroom, I could feel my mind moving to allow in information from this lunar calendar--a way of organizing time as it relates, visually, to the natural cycles going on around me. 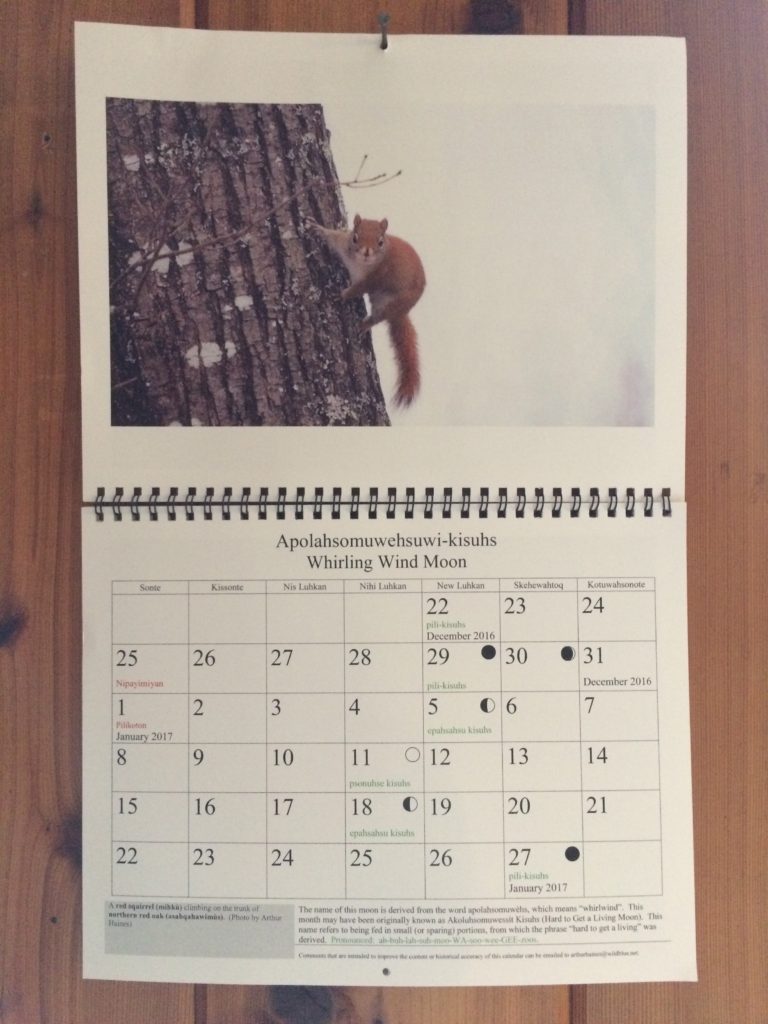 I find the idea that perceptions vary to be very liberating. Thus, we focus on the idea of perception itself. These are some of the tools we use to keep our minds flexible, i.e. strengthen our perception of perception.