Here is your first lesson on loads.

This is a 13-pound pumpkin. 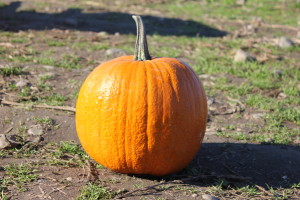 These are two pumpkins that, together, weigh 13 pounds. 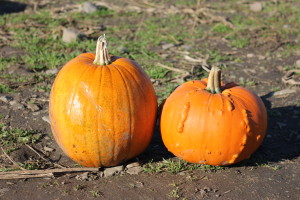 This is a group of pumpkins that, together, weigh 13 pounds. 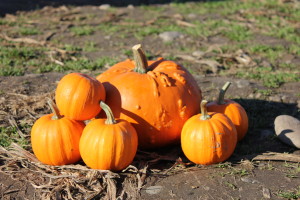 On a scale, each of these pictured pumpkin groups create a 13-pound weight. But that all being said, these "equal" weights do not place the same load on the body. Or said another way, the way your body adapts to the loads placed upon it has less to do with the "weight" and more to do with "how you carry it".

Here is an example of five different ways I can carry the 13 pound pumpkin: 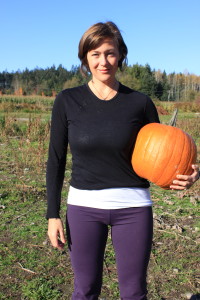 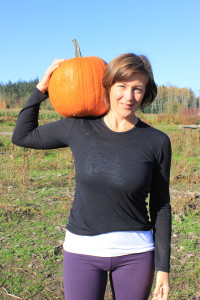 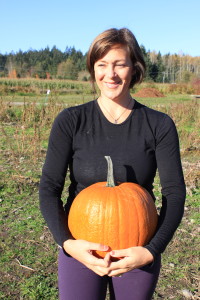 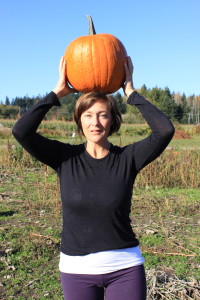 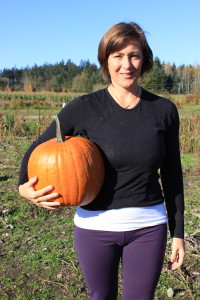 In each of these pictures I am carrying a 13 pound weight, but my tissues are deformed uniquely in each case. Each scenario uses different joint positions, different muscles, and creates different cellular deformations.

Again, I will stand and hold 13 pounds of weight in different ways (sorry about the creepy faces). 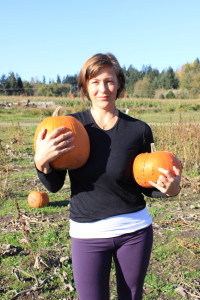 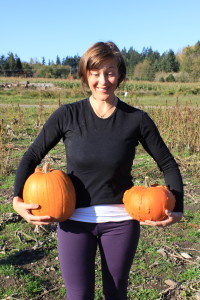 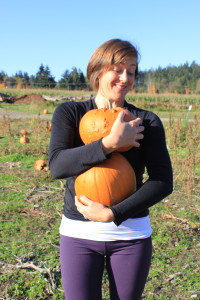 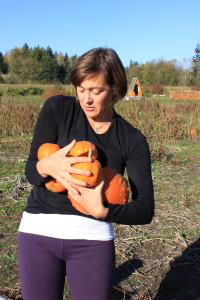 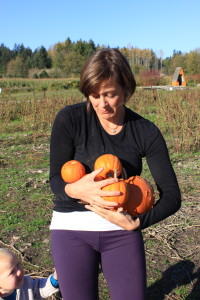 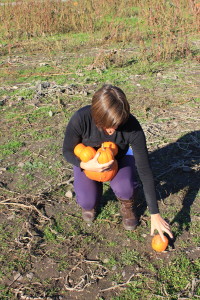 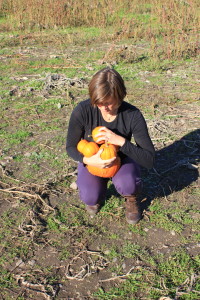 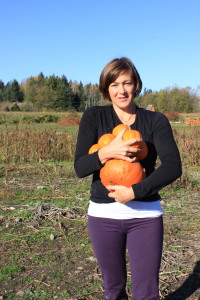 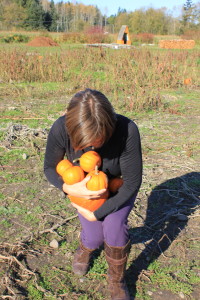 Not long ago I received an email from a woman confused that the low amounts of early pregnancy weight would be making her ache. She had been heavier before (I can't remember but I think she said 30 pounds more than she was right now) so shouldn't she be used to the weight on her body? Shouldn't she be strong enough to handle the small amount of weight the fetus places on the uterus? To which I reply, here, it's not about the weight -- it's about the load.

The load is not the weight. The load is tissue deformation created by (in this case) the force of weight. If a non-pregnant person had 30 extra pounds on their frame, not one of those pounds deforms the tissues that bear the weight of the uterus, for example. Your body can be used to carrying an extra ten pounds on each leg and a dime around the midsection and be totally unadapted to a single pound now suspending from your uterine ligaments or creating tension on your pelvic floor.

Where do you carry your weight? I can carry my entire pumpkin load in a backpack (hey, that's so much easier!) 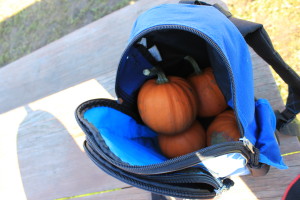 but by doing so I create one repetitive load to my trunk and deny my other joints (fingers, wrists, elbows, glenohumeral) and muscles (hands, forearms, upper arms, shoulders, back) the chance to adapt. I've made it easier in one way -- Hey! I can walk and play Angry Birds at the same time! -- but harder in another. The tissues in my upper body are now atrophied relative to necessary (carrying the stuff life requires) weights. And now I have to set aside time outside of my "regular life" to work my body. What? This is not great time management.

Backpacks are not better. They are just easier. And that goes for your purse, your shopping cart, and your baby carrier. 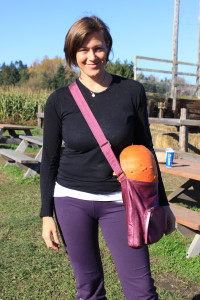 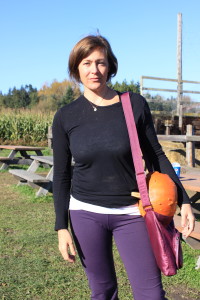 These technologies are not improvements in every sense of the word. Every technology comes with a cost.

How do these two experiences differ to a developing body? 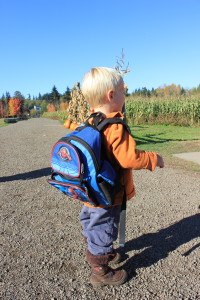 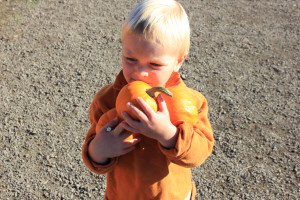 Loads not only vary terms of which tissues are strained. Some loads create a greater demand for energy (calories) because they require more work. The more balanced the load (like a backpack), the less energy it takes to carry.

It should come as no surprise that carrying 10 pounds in each hand is less work than carrying 20 pounds in one hand. Why? Because evenly distributed loads distort the body less. If you have 20 pounds in one hand your body not only has to deal with the compressive load, it also has to deal with the torque. The muscular work you have to do to balance the torque is not there when the weight balances your body passively for you. 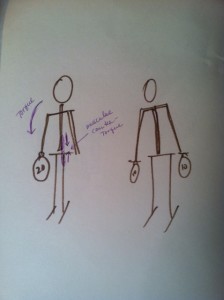 Let's say that carrying stuff in our arms on one side is uncomfortable (my hands and shoulders are killing me!) but we still want our obliques get some work. We might think -- okay. How can I recreate this work for my obliques? I know! I'll lie on the floor and do this: 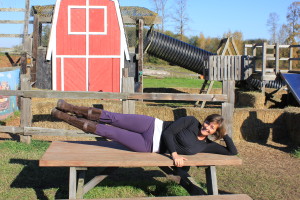 And yes, you've scored work in your obliques. Great. But are these two loads the same? No. The body is undergoing an entirely different load profile. The tissue adaptation to these motions is entirely different. Which isn't to say that one is better than the other, but that they are different. You can do a billion trunk lifts in class but it won't make it easier to carry stuff. You're won't become more functional. A better way to train your trunk functionally is this: Start carrying small, light stuff. Take your walk with a melon. Or a few apples. Have your kids do the same.

As many of you know, I walk to the post office at least once a day, sometimes twice. And I'm usually shipping something. This last week I swapped my laden backpack for laden arms. I carry my 25 and 35 pound kids all the live-long day (it feels like), but the way-lighter, segmented load of seven 1.5 pound packages got me some different muscle use. If you don't go to the post office, how about walking your books (in arms) back to the library. Have your kids only check out what they can carry. Go shopping without the cart. Bring the family along and let. them. participate. If they don't get a chance to carry some of the physical burden of necessary lifestuffs how can they possibly grow strong enough for life?

Exercise is movement, but movement is not exercise. Think outside the "exercise" box.

Update: This post inspired an entire award-winning book, Move Your DNA: Restore Your Health Through Natural Movement. Read it (or start by reading an excerpt here).