This post was updated February 2020 to expand it, improve editing, and update the resources! 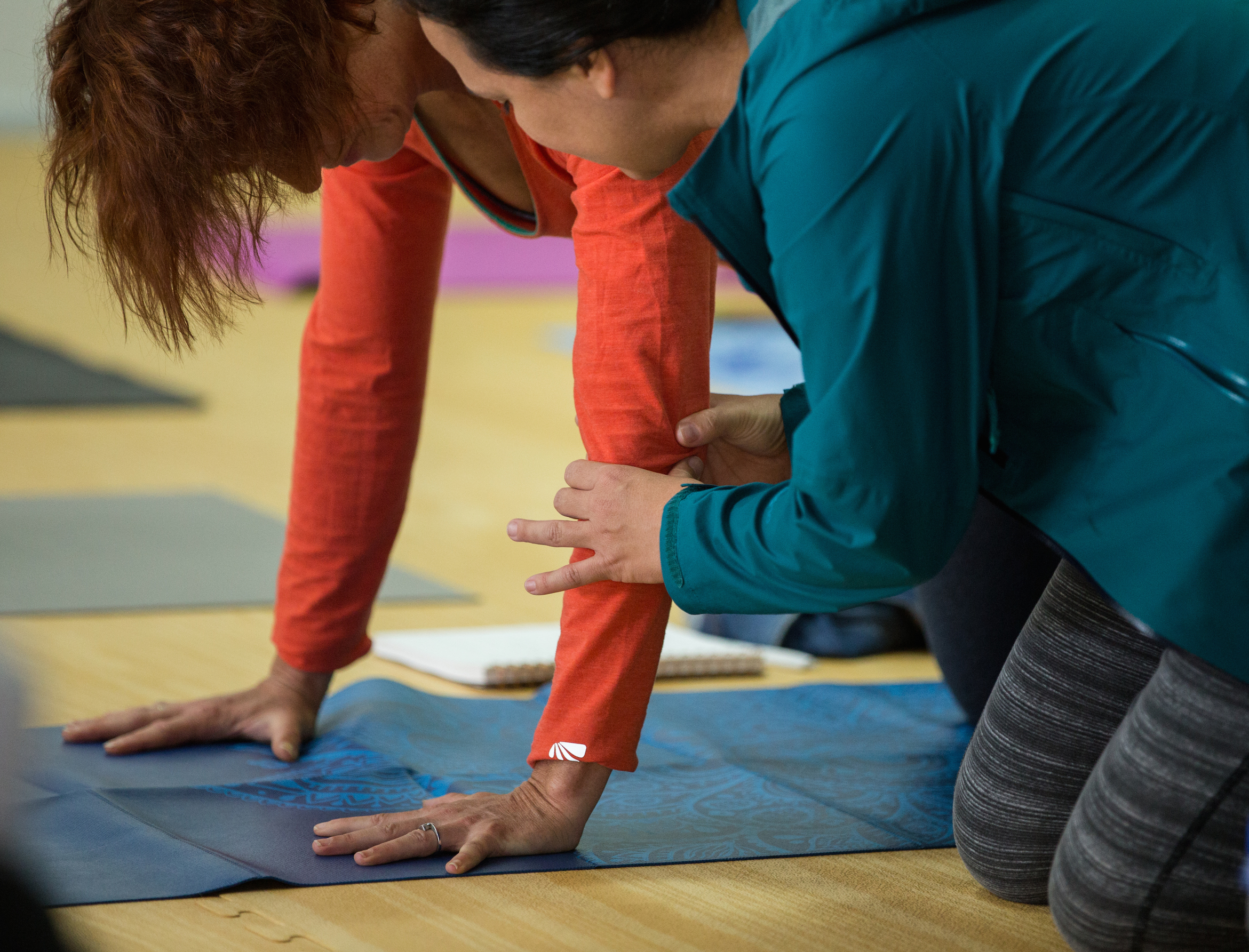 If you have a body (hey, that's you!), or work with others to teach them how to move their body, below is some information about hypermobility you might find helpful.

In college I learned that Hippocrates was said to have first referenced the idea of hypermobility in his writings about Scythians and how they couldn't effectively use their bows and arrows. One day I got curious about this and went to read what he wrote and it wasn't clear to me that's what he was saying, so who knows for sure? What I do know (maybe) is, the terms used to describe a lot of our excessive joint motion—hypermobility, joint laxity, and flexibility—are often used interchangeably when they each mean something different.

The clearest line I ever read about joints and ranges of motion goes something like this: Every joint in your body has its own "normal" range of motion, while each person has a different ability to achieve it. (I like this a lot because some people will need to stretch to get to that range of motion, and others will need to learn to stabilize, i.e., not move so far. In both cases, more strength is helpful, but more on this later.) Flexibility typically refers to the range of motion of a joint and hypermobility refers to a range of motion beyond what's accepted as normal.

The extra mobility found in hypermobile joints is not always due to long or loose muscles, but to the laxity of that joint's ligaments. Said another way, being hypermobile doesn't automatically mean that your muscles are "too stretched" (in many cases it's the opposite); often the joint is just lax. So it's not only that your range of motion can be excessive; the motions of the joint's parts can be abnormal. In this case, hyperlaxity is an issue in that your ligaments aren't holding the parts of your joints well, so now the bones are moving in a way they shouldn't.

Here are some tidbits:

"Double joints" aren't an actual thing. But I'm betting you already knew that.

People are not hypermobile, joints are hypermobile. While there are conditions that affect the way all your connective tissue can tolerate a load, "hypermobility" is not often a whole-body state. You might have some joints that have a greater range of motion, but probably not all of them. If you came over to my house, I would show you that there are many joints in your “hypermobile” body that move less than the normal ranges.

Where do hypermobile joints come from? The answer is, nobody knows for sure. There are acute injuries and accumulated tissue change from years of using your body in a particular way. There are conditions like Ehlers-Danlos Syndrome (ED) that might include some joint hypermobility. There is also a general class of symptoms that are labeled Hypermobility Syndrome.

Ligaments are the “seat belt” of a joint. Like a seat belt keeps your butt in your car seat, ligaments keep your parts connected and stop them from smashing through the proverbial “windshield” in a collision.

The ligaments are not the brakes of a joint, the muscles are.

I like to call this out because, just as good brake use in your car keeps you from needing the seat belt, the muscles about each joint keep you from giving their job to your ligaments.

The ligaments are not the brakes of a joint, the muscles are.

See how important I think this point is? Just as good brake use in your car keeps you from needing the seat belt, the muscles about each joint keep you from giving their job to your ligaments. Read this again and again until you understand what I'm saying here.

What I am saying here? I've known many people who've had ligaments removed and continued to move comfortably by using their muscles well. I mean, having both working well is ideal, but in this sedentary culture we keep treating ligaments and their issues without paying much attention to how unpracticed all the muscles are at moving the body around.

How to move with hypermobile (or hyperlax) parts

If your joint stability is very poor, then it's likely your medical team will refer you to supervised programming with a physical therapist. But if you're cleared to go out and exercise in the world, here are some things to consider.

Folks who see themselves as hypermobile are often drawn to stretching and flexibility programs because these moves can be easy for them. The problem is, when entering into stretches, those with excessive ranges of motion often bypass tight areas and load those extra-mobile places again and again.

For example, one test in a list of tests for Hypermobility Syndrome is "Can you place your hands on the floor without bending the knees?" Now,  many people can get their hands to the floor because their lower back is suuuuper mobile. At the very same time (in the very same body), many of these people have immobile hips and inflexible hamstrings. So, being super-flexible and hypermobile can also mean having really tight, immobile parts around those parts that can move a lot.

If you go to an exercise class and don't know how to move the parts that are tight, you can end up just moving, again and again, the parts that move too much. You need to learn how to stabilize some parts and relax others. For some moves to practice, read Hypermobility and 12 Steps to Stronger, More Stable Shoulders.