Yes, I'm still on the road in California, where the beach is awesome and the weather beautiful. True to Southern California form, there is a movie being filmed across the street where I am staying. I don't have time to blog because someone (without children I am thinking) decided to decorate their backyard with a vat of beautiful pieces of broken glass. Perfect for chewing. And stepping on with bare feet.

Since I have both no time and a compulsion to write, I thought I would try a FIVE MINUTE blog post. I'll solicit one question from our Facebook page and spend only 300 seconds answering it. Which leaves no time for editing or answering it fully, I imagine. So below, I give you -- one blog post in 5 minutes. Sorry (in advance) if it's crappy. Go! 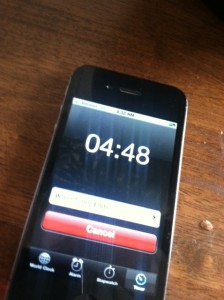 This is the question I got: "Difference between men and women hamstrings - is it all posturing?"

{Author's note: I don't know what "difference" they are asking about. Mass? Tension? The muscle? The hairiness of the area? I'll have to assume that the person wants to know "is the common difference in hamstring tension between men and women due to posture."}

My answer: Nobody knows. To "know," we would have to measure large groups of men and women in many cultures, with varying behaviors/styles of development, movement patterns, and gender-based practices to see whaz up. Then, you'd have to measure their cadaver ranges of hip motion, to see the actual joint ranges without the impact of self-induced holding patters.

What I can say is the hamstring tension in men found here (in Western cultures) is much greater than in other cultures. The difference between women and men's tension is less elsewhere, especially in places where hip-opening behaviors (squatting to toilet, floor sitting) are the norm across genders. There isn't a difference in protein structures in male hamstring muscle tissue that anyone is aware of.Maybe it's too small to see? And maybe this too-small to see difference is found only in men who live in industrialized nations? There is also no data on (non-symptomatic) male pelvic/femur structures that limit hip flexion to a reasonable degree (say 90°).

All cultures "posture." The key would be to see how our culture postures maleness (typically) and if those joint alterations would impact the ranges of the hips. It is pretty easy, in talking to 100 of your favorite guys and dolls, to see what they've done over their lifetime. There's quite a bit of (non-structural) hip extension missing which would lead to a lack of glutes (no butt!) and posterior leg tension including hamstrings. Do men tuck more than women? Do they sit more? There is no one asking clinically, so you'll have to data collect on your own. I have worked with thousands of people (hands on) and I've found most (but not all) men to be greater tuckers whether by choice (athletic stance is slight knee flexion and tucked, "ready" pelvis) or by passive, stress-induced psoas tension.