When I was twelve years old I would have told you that running the mile was the WORST thing ever. I hated it. But I didn’t only hate running while running; I began dreading it even when I wasn’t doing it. At my middle school we did timed runs every Friday. The first Friday it was one lap; the next, two laps; the next, three; and on the last Friday it would be four laps for our timed mile-long run. It would take me fourteen or fifteen minutes. It hurt me to run. I wanted to barf. I hated being so slow. I hated having to struggle in front of my peers. 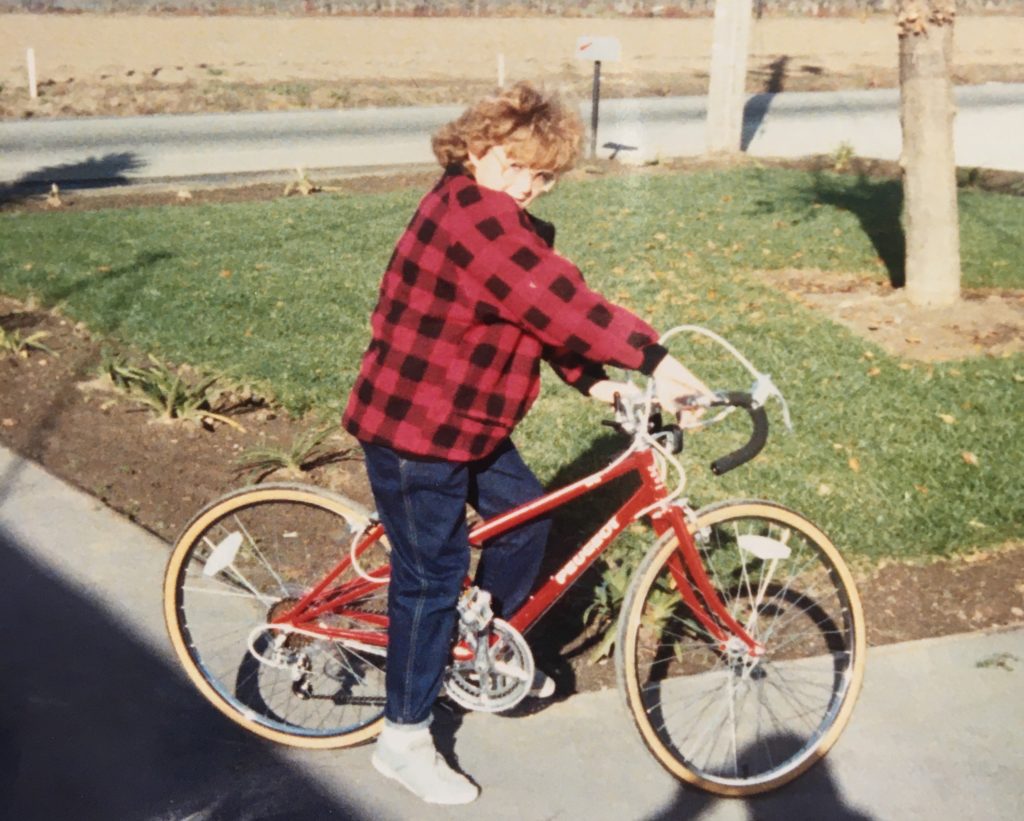 When I was in eighth grade, there were two seventh graders who were gifted runners. They could run a mile in seven minutes. What was this wizardry? Once, one of them, Nicole (who I just googled—she grew up to be a teacher and track-and-field coach!) ran with me and talked to me as I ran. This was my first inkling of “when I’m not thinking about how much I hate running, it’s easier.” I remember that, to my amazement, with her support I could run a ten-minute mile. What was this wizardry?

While I was a competitive swimmer in high school, I continued to hate the timed runs throughout school. When I was about twenty years old, at university as a math student, I joined a gym. At the end of the gym-equipment orientation the dude showed me how to use a treadmill. I had a Walkman (true story) so I put on some music and started to run. By choice. I remember thinking, “I can stop whenever I want, so it’s no big deal.” I ran a nine-minute mile that day. It blew my mind. I could go faster and longer when I chose to run myself. My categorizing mind had to move running out of the “I hate this” category. (Since then, I’ve realized that I dislike “have to” and now have to make sure I’m not conflating the task with the mandate.) Once I moved it in my mind, I started moving it in my body. I ended up transferring to the Kinesiology department (for a few reasons, but the idea that I could learn all about the physiology of running WHILE running was compelling) and by the end of that year, I ran my first 6:47 minute mile. Over the next ten years I ran (and won) 5Ks and 10Ks, half marathons and triathlons, and then fifteen years from there, went on to seek more all-day movement, lots of hiking, short- and long-distance walking, and a constant pursuit of keeping generally mobile and strong.

As I explain further in Grow Wild, culture is an individual’s set of attitudes, values, beliefs, and behaviors, as well as those shared by a group of people, communicated from one generation to the next. We are each within an overarching culture, but we are also within smaller subcultures. We may have a family-of-origin culture, a community or location culture, a religious-community culture, and an education culture, and we all have a personal culture. These cultures are distinct from but also relate to each other.

Right now, “sedentary culture” is part of the broader, overarching culture, but subcultures—including our individual culture—can also be sedentary. These sedentary subcultures end up reinforcing the overarching culture, so what can we do? I’m (obviously) interested in working on sedentarism at the broadest cultural level, but I recognize that the most immediate benefits can be found by changing our personal culture. I’ve made working on sedentarism at this level part of my work as well.

Surely I’d be moving more if society was set up to encourage or even require us to move more, but I’m happy with my progress to date. My greatest work has been in changing my personal culture, which then has grown into a dynamic family culture. My kids do not have the same sedentary formative years as I did, and here’s one example: our family just decided to sign up to run a 10K. We thought the kids would have fun running the first couple of miles and then enjoy walking the rest, but we ended up running the entire thing. Turns out my ten-year-old, who hasn’t enjoyed running in the past, realized that the format of competition and group excitement changed his perception of how hard it would be, and he averaged an eleven-minute-per-mile pace for all 6.2 miles of the 10K. The eight-year-old averaged a fourteen-minute mile for the whole race. (P.S. None of us regularly practice running, but our approach to moving throughout each day seems to have provided us with enough fitness to be able to run when the time came.) 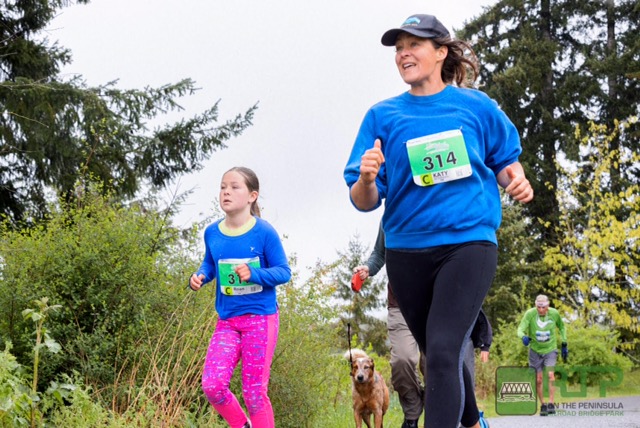 My point isn’t running times, or even the running itself. Everyone will have to think about examples of their own personal movement hurdles. I’m wanting to highlight the power of a change in our perception, and how personal changes can affect more than just ourselves. I now belong to a dynamic family. I worked to grow a dynamic family culture, even though I didn’t start there.

I recently had a chance to get back to my middle school with my kids and found the same track still there. Guess what I did? 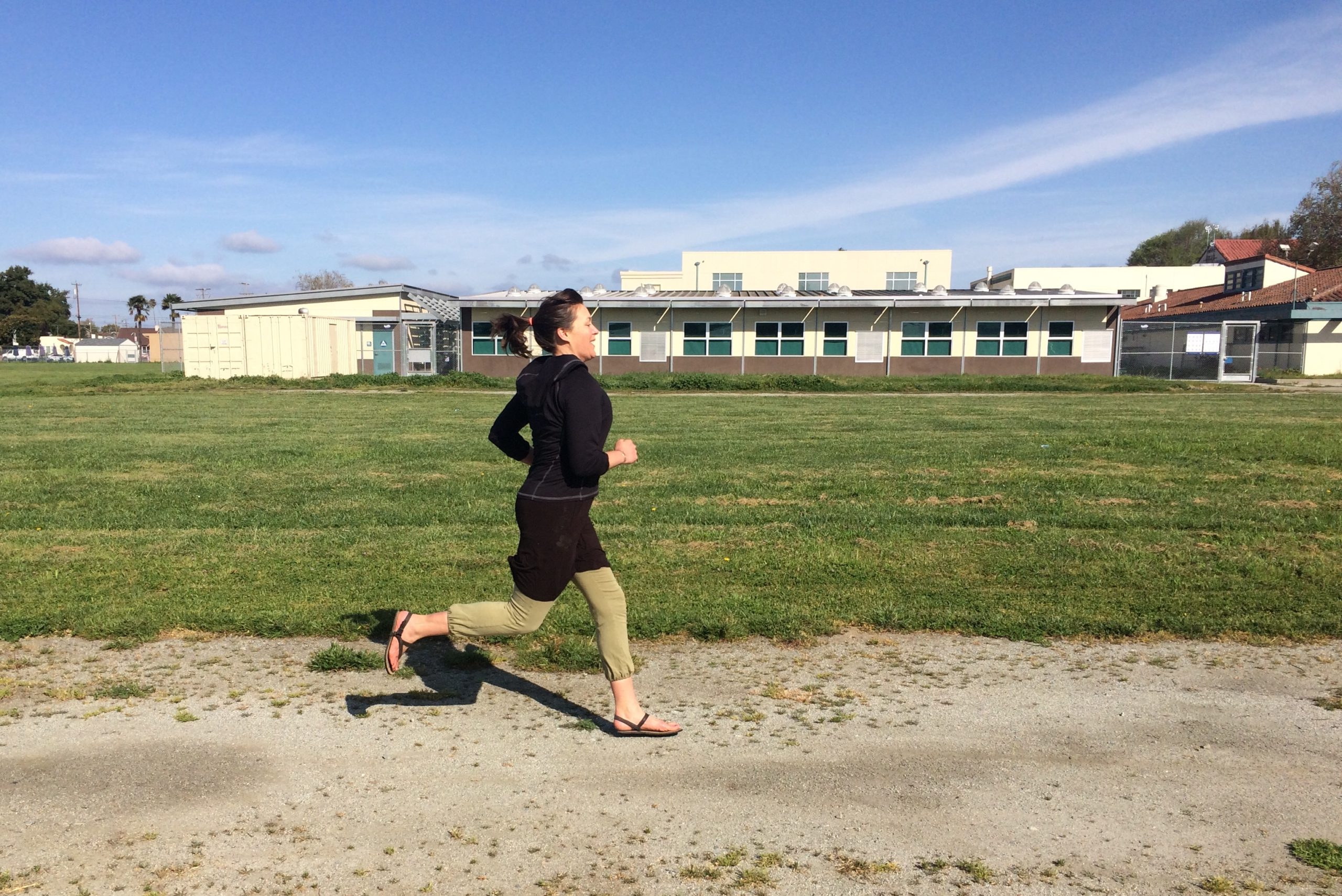