One of the surprising news threads emerging from more at-home time has been all about foot health—or foot pain, to be more precise. 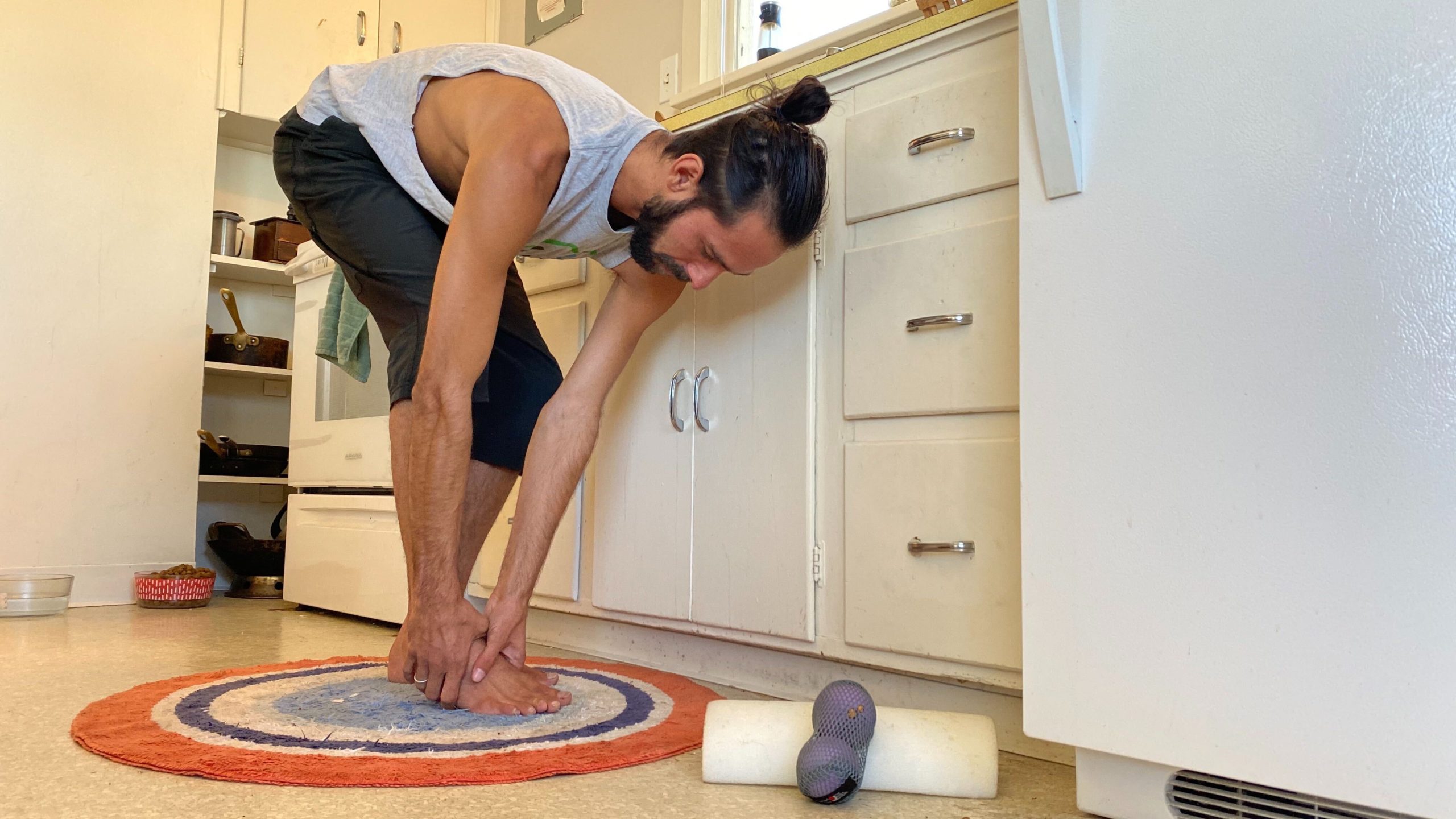 Why are feet getting moved more?

Shoes are a sort of cast in that they immobilize and provide external support. When we take off our shoes, we remove the external support our feet have come to depend on. According to various news stories, many people have taken off their shoe-casts during the pandemic, and in an instant, they went from almost never moving their feet to moving them almost all day long.

This isn’t an unfamiliar phenomenon

If you’ve ever broken a bone, you’ll know that when you finally remove the cast after many weeks, you’ll probably find weaker, atrophied muscles and other tissues—tissues that are not used to carrying the loads of your body weight. And if you’ve ever gone from not exercising to exercising regularly, you’ll know it’s easy to overdo it, even to the point of injury. We’re not really used to training our bodies in the step-wise way that allows us to avoid injury.

Can our bare feet support our bodies? 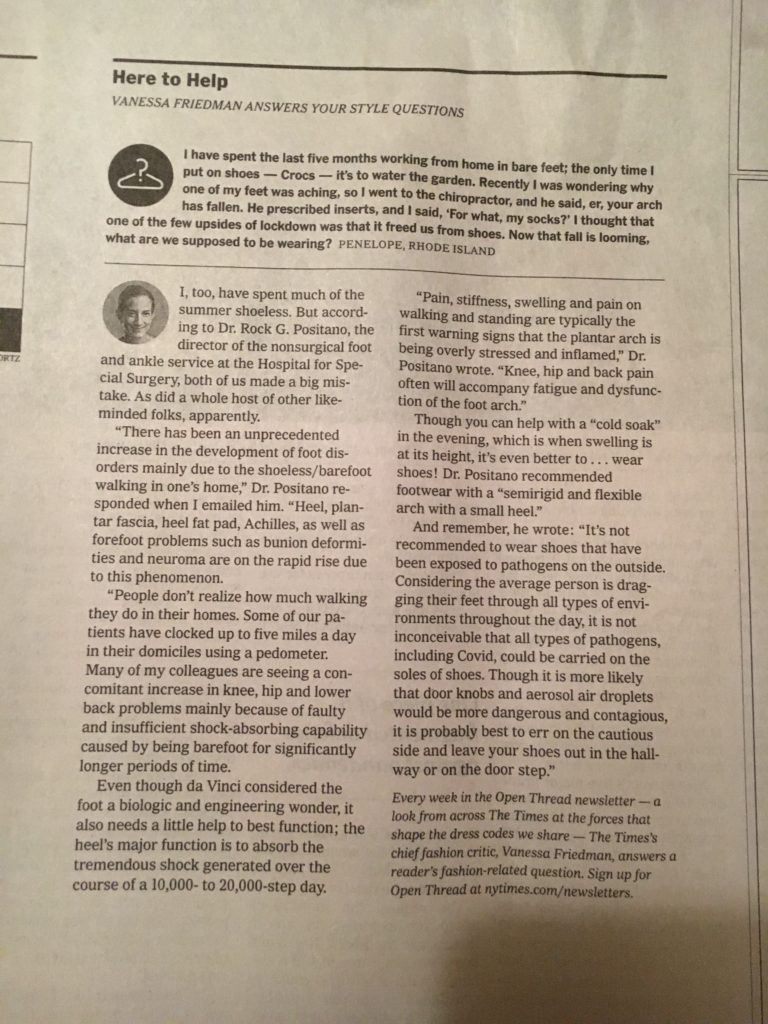 Today there was a style question-and-answer in the New York Times that explained why a summer of being barefoot is a mistake and states that feet aren't able to carry our bodies without the assistance of a technological device:

“‘There has been an unprecedented increase in the development of foot disorders mainly due to the shoeless/barefoot walking in one’s home,' Dr. Positano responded when I emailed him. ‘Heel, plantar fascia, heel fat pad, Achilles, as well as forefoot problems such as bunion deformities and neuroma are on the rapid rise due to this phenomenon.’

‘People don’t realize how much walking they do in their homes. Some of our patients have clocked up to five miles a day in their domiciles using a pedometer. Many of my colleagues are seeing a concomitant increase in knee, hip and lower back problems mainly because of faulty and insufficient shock-absorbing capability caused by being barefoot for significantly longer periods of time.’"

The article writer goes on to say:

“Even though da Vinci considered the foot a biologic and engineering wonder, it also needs a little help to best function; the heel’s major function is to absorb the tremendous shock generated over the course of a 10,000- to 20,000-step day.”

Let’s go back to this part about the “unprecedented increase in the development of foot disorders mainly due to the shoeless/barefoot walking in one’s home.”

I agree that it’s entirely likely that a sudden onset of barefoot time can be part of why podiatrists are seeing so many emerging foot issues, but I think “due to the shoeless/barefoot” time needs more nuance. There’s a difference between how many steps strong, fit bare feet can be expected to support a body and what happens when we suddenly load weak, usually-shod bare feet for a long period of time. I suggest the “barefoot at home” injuries are not because human feet are incapable of carrying the body a few miles in a home over the course of a day, but are the predictable outcome of suddenly putting heavy, constant loads on unconditioned body parts. 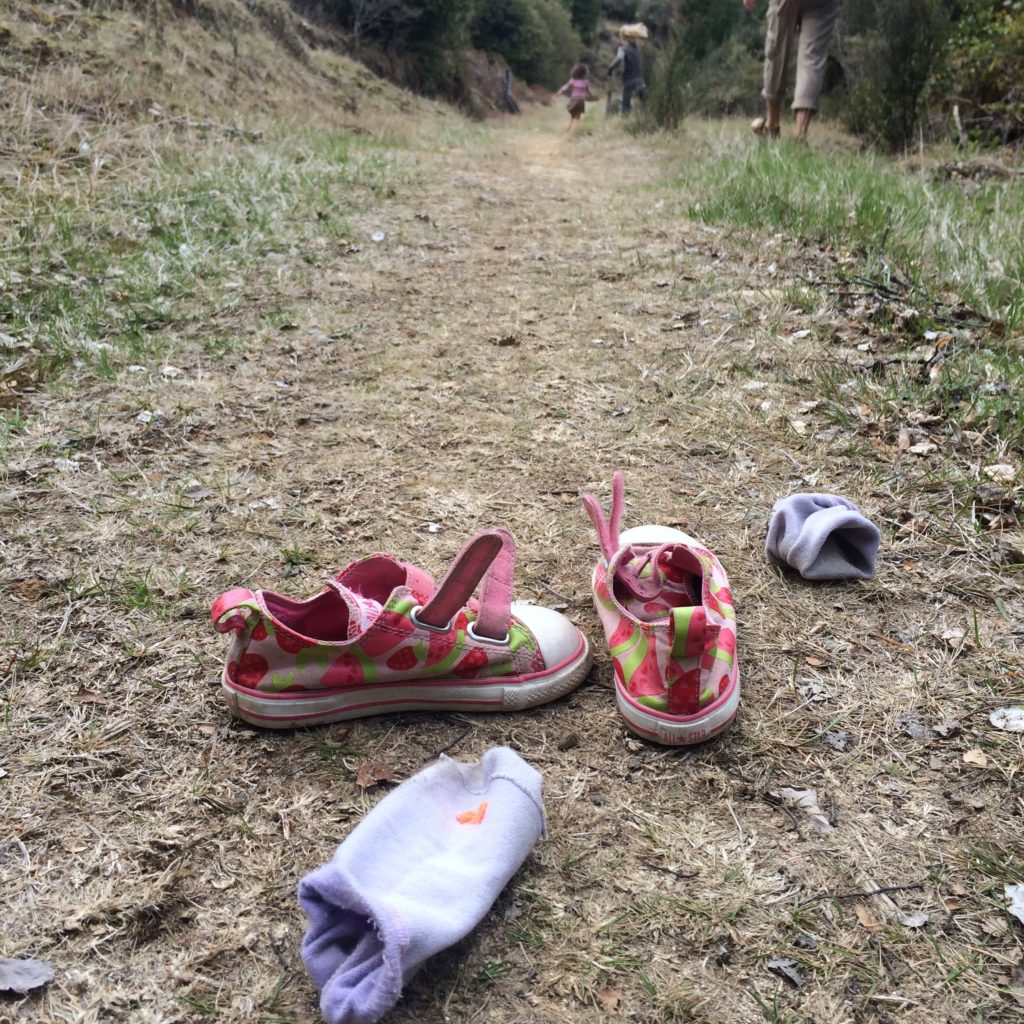 When people started sheltering in place, there was an accidental “in-home barefoot movement” where our all-day practice fell upon flat and hard surfaces (tile, linoleum, etc.) and failed to include any sort of transitional therapeutic movements spread out over a period of time. Any time we go from sedentary to active there are exercises that allow the nerves, bones, fascia, and muscles to transition smoothly. In this case we went from relying on the support of a shoe to relying on our feet’s structural integrity without any training. How many people kicked off their foot casts after 20-40 years when they were also set free from their desks? Who strengthened their feet? Who just assumed that their bare feet would work fine, even though they’d been chronically shod?

Can you imagine getting a cast off your arm and immediately dropping down to do push-ups throughout the day? What about ten thousand pushups? No way! Many get physical therapy to re-integrate de-conditioned parts and our feet need something similar after a lifetime of wearing shoes.

Are you hard on your heels? 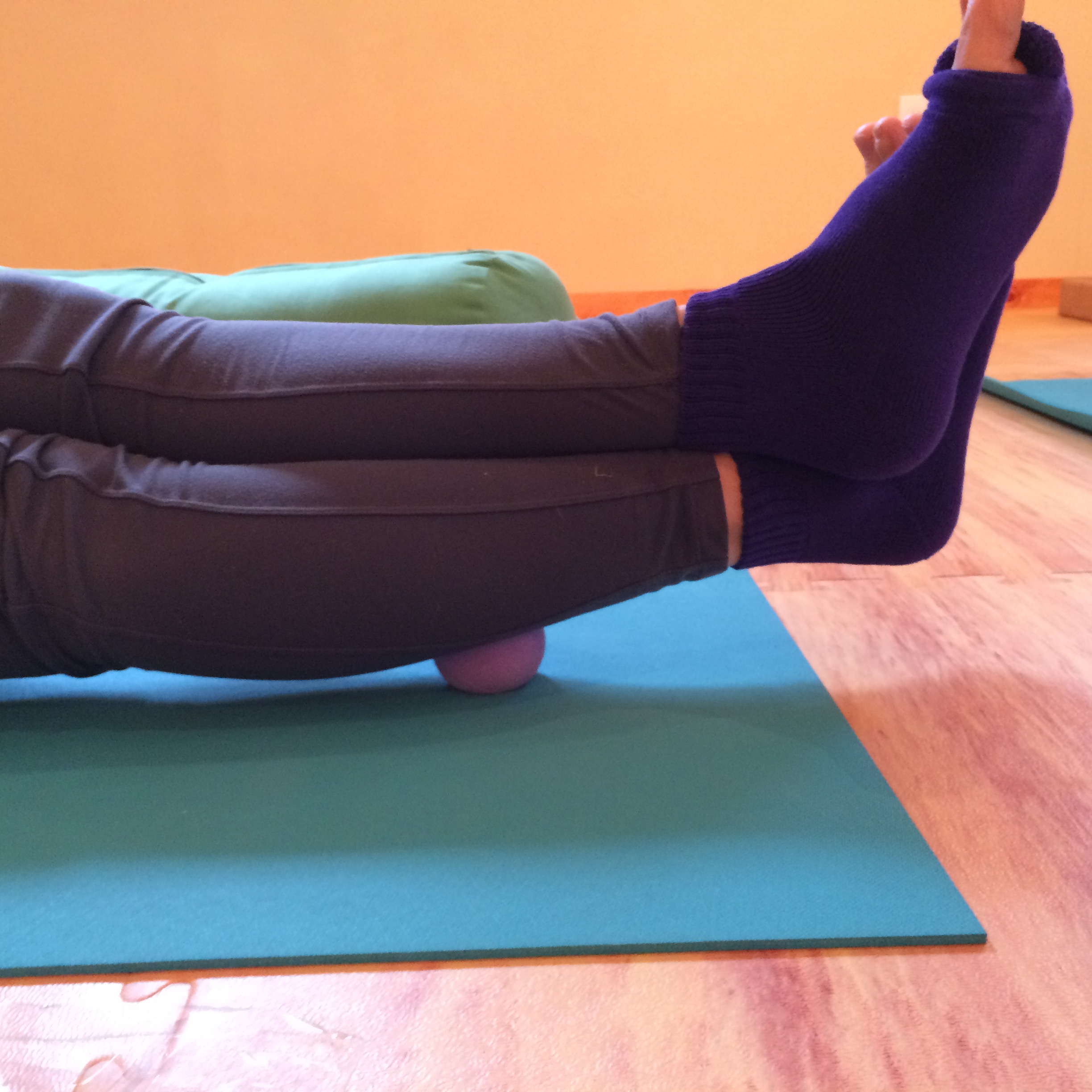 As for the “tremendous shock” your feet have to deal with? Yes, to kick off your foot casts and go cold turkey is a shock to the system, but let us also talk about the "tremendous forces" feet deal with over a lifetime. The loads created during walking are created by the surfaces you are stepping on (are you in shoes? barefoot on a hard floor? barefoot on the grass? each makes different forces), and also by how you are walking. If you're banging your heels into the ground while moving around your house and around the block, know that there's a better way to be walking—one that uses more of your hips and knees and doesn’t throw your heels under the bus. Walking isn’t a shock to the feet and barefoot walking isn’t a shock to the feet but suddenly walking barefoot can be. See the difference?

Hope (and work) for the feet

So with the exception, perhaps, of a small group of people with foot disabilities that require external support, I’d wager that the phenomenon we’re observing of an increase in foot pain/injury/disorders right now is one of weakness rather than innately problematic anatomy. As a biomechanist and a movement educator who has watched thousands of folks increase their foot strength and mobility and reduce their pain while going barefoot and wearing flexible shoes without a raised heel, I’m comfortable saying that I think that most feet have the parts to hold up a human body just fine—they just need the practice and the strength that comes from moving them more. 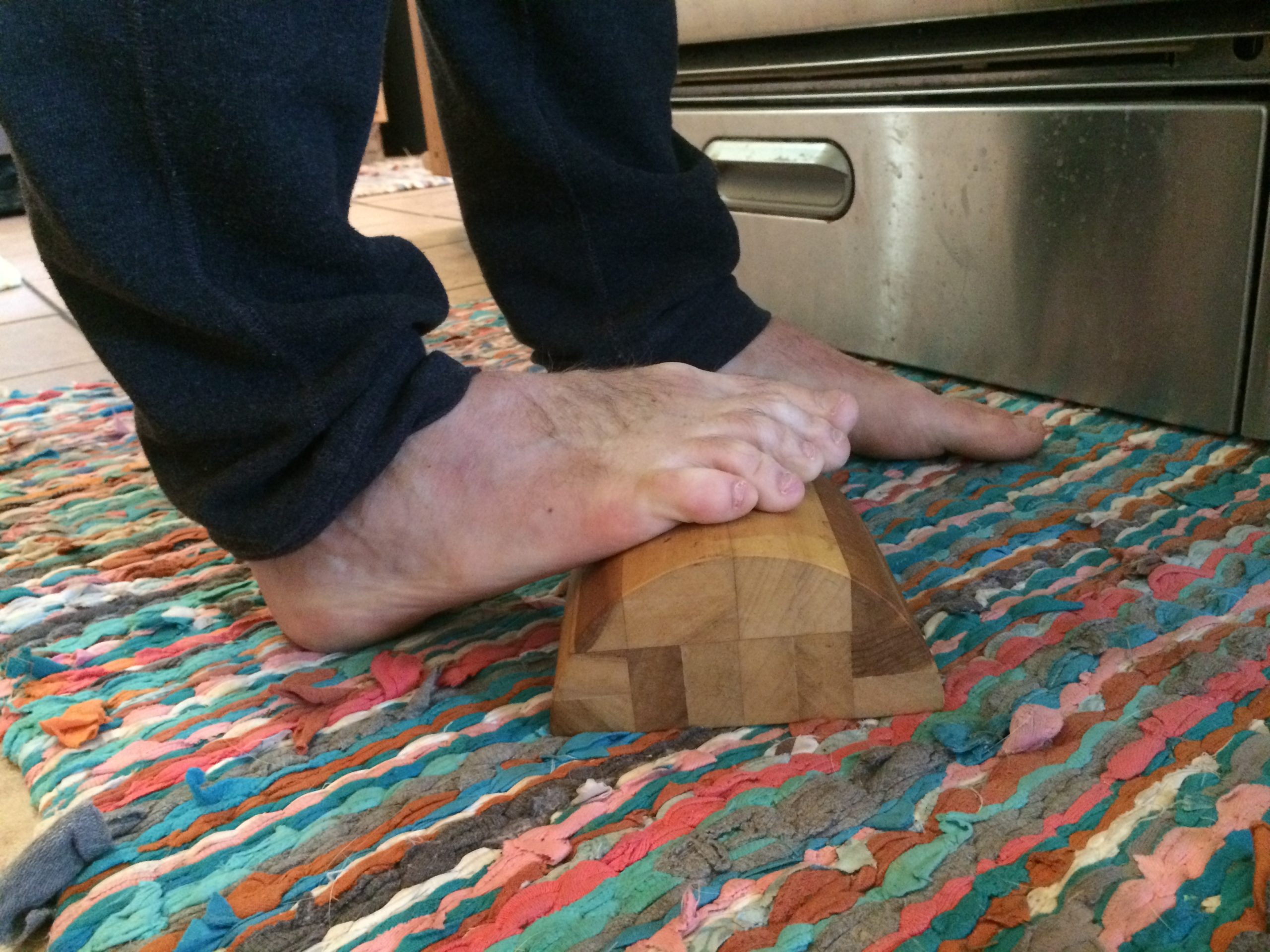 I’ve written two books on feet, how they move, and how to fill in the movement gaps we might be missing. When our feet can’t carry our body well, it’s hard to get the larger movements we need for our physiology to work well, so foot strength is key to moving your body well. The “In-Home Barefoot Movement” has likely revealed that even within the relatively benign environments of our home, we need specific movements to bring about foot strength, mobility, stability and suppleness, if we're going to shed our shoes. Are we really seeing proof that feet don’t work, or evidence that sedentary feet don’t work? 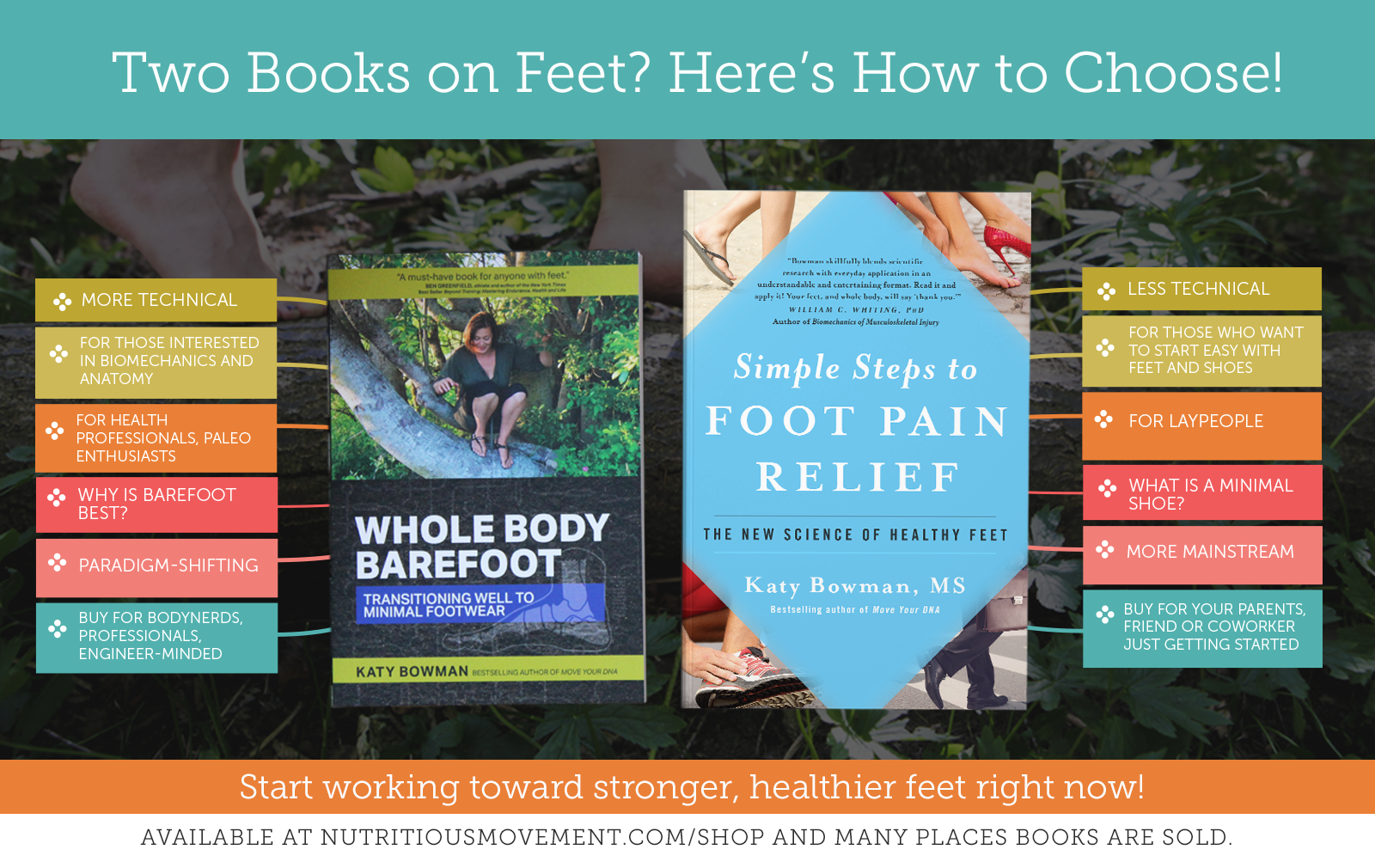 Try a little foot strengthening and see how it goes. Your body will thank you for it.

Find exercises, articles, and podcasts listed on Our Favorite Feet, Footwear and Walking Resources. I've also got a new at-home exercise program working on feet and all your other gait parts coming September 28. Sign up for more information on that here.