If you don’t get AARP magazine or if you’ve been avoiding reading the health headlines of almost every major newspaper, you might have missed this: Sitting is the new smoking.

The research is in (over the last, like, 30 years), and it says pretty clearly, that the sum total of your other good habits aren’t enough to undo the damage than chronic sitting places on your body.

I’m just back from a three-week tour for my book, and while visiting Nashville -- the Country Music Hall of Fame, specifically -- I ran into a group of people on a foot tour of the city. Actually the "foot tour" is now done on Segways because it’s easier and more fun, says the brochure. Yeah, I can see that. I took this picture of the foot tour group, after asking their permission of course: 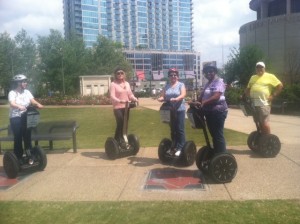 Which leads me to a new headline. Journalists, feel free to swipe it for your next article: Segways are the new walking.

The Segway looks fun, for sure. But, when stumbling across the latest in tech-news, I happened to see that Toyota has now invented what is, essentially, a Lay-Z Boy on wheels: 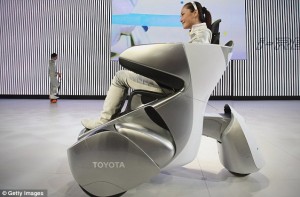 It’s the "transportation of the future," believes Toyota, according to this article (click). “It’s ideal for those who find the Segway too much work” according to my husband, during an interview between him and me while he was in the bathroom. So, new headline, everyone: Electronic Chairs are the new Segway. 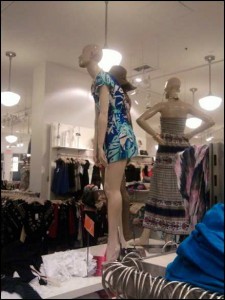 Disney's Wall-E is the new Book of Prophecy 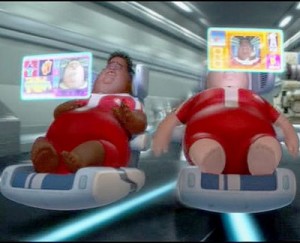 and Blogging is the New Cardio.