Yesterday I ran across another blog, asking if Fast Food was becoming the cigarettes of the future.  I disagreed and suggested that it is positive-heeled footwear that was, in fact, creating the expensive (and painful!) conditions suffered by many.

I don’t think Fast Food has become the "new smoking" as much as High Heels have. Once upon a time, the rationale for smoking was the sex appeal and the positive effect on weight management. Because it is hard to rationalize the choice of donuts as a positive one, poor food choices don’t fit as smoothly into the analogy.
Bone density-decreasing, nerve-damaging, and arthritis-causing high heels are probably being worn by your favorite OBGYN during your annual exam, eerily reminiscent of a 1950’s doctor’s visit, where Mr. Doctor chain smoked throughout your entire exam (anyone out there watch Mad Men?)
Blind to the detrimental effects footwear has on health, or the correlation of footwear to the prolapsing bladder waiting in her office, Ms. High-Heel Wearing Women’s Health Specialist doesn’t know, in the exact same way Mr. Smoking MD didn’t know, when you look at the heeled shoe, you are looking at the “Cigarettes” of the Future.

I submitted a book proposal for Curing the High Heel Hangover  - a book about alignment, gait patterns, and footwear - to a publisher that told me "Women will never give up their heels no matter how much they wreck their health."

Is this true?  Even though a positive heel compresses and degenerates the disks in the spine, weakens the pelvic floor, decreases the mineral density in the bones, and kills the nerves in the feet, would a woman still choose to wear that shoe?  And teach her daughter, her students, or heaven forbid, her patients to do the same?

Why would a woman choose to pass on Women's Diseases to the next generation for the illusion of height, longer legs, or a leaner appearance?  Do we feel that poorly about ourselves, or, is it because no one has clearly stated that Your Shoes, Ma'am, Are Making You Sick?

This (female!) executive is saying that Women are OK suppressing their (and their offspring's) health.  I'd like to hear from you on this one.  What's your honest answer, and, why?! 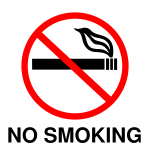