“It has been believed, at least since the time of Galileo Galilei (1564-1642), that mechanical factors strongly influence biological form and function. Indeed, the general concept that mechanics influence biology was articulated clearly over a year ago by J. Wolff (1835-1902), who suggested that the trabecular architecture of bone is dictated primarily by directions of maximum tension that arise in response to external loading. Nevertheless, it has been much more recent that we have learned that mechanics influences biology down to the level of altered gene expression which in many cases appears to contribute to a mechanical homeostasis at multiple length and time scales [1].”

It occurs to me that I owe you a more robust explanation of alignment as I see it used regularly interchanged with the word posture. Let me start by swiping some definitions off Merriam-Webster.com.

Posture: the way in which your body is positioned when you are sitting or standing.

Alignment: the proper positioning or state of adjustment of parts (as of a mechanical or electronic device) in relation to each other.

Both posture and alignment have to do with positioning, but they differ in that alignment’s definition includes the word proper. It is this idea of “proper” that sets the two apart. Now before we assume that proper means “best” or “superior” or assign it a term with implied condescension, let us look at the definition.

Proper is defined as “of the required type; suitable or appropriate.”

If you drive a car you’ve probably had to have your wheel alignment (not wheel posture) adjusted at some point. In this case your mechanic is not finding the most attractive position for a wheel. In fact, wheel alignment is not about static positioning at all but how, once moving, the interaction of a system--the road, the wheels, the tire, suspension components, and other stuff that I know nothing about--doesn’t inflict excessive damage on any single part making up the system.

To find optimal wheel alignment the mechanic must consider the material fatigue points, the forces created by the speed, terrain (does your vehicle go off-road?), tire pressure, etc. In short, alignment includes the consideration of FORCES. Or said another way, posture is the visible orientation of parts and alignment encompasses the invisible forces created by particular movements.

The term “proper” begs the question “are there requirements when it comes to the machine in question (read: the human body).” And the answer is, of course there are. Just as there is a physiological homeostasis for the body, there is a mechanical homeostasis as well.

I don’t think there will come a time when we’ve exhausted the discovery of what a body needs (we’re nowhere close to assessing movement in a nuanced way and after 50 years are still working with 30 joint axis out of of 300) but until then, know that it is not a “perfect position” you are after, but a set of forces that allows your system to function best as a whole. 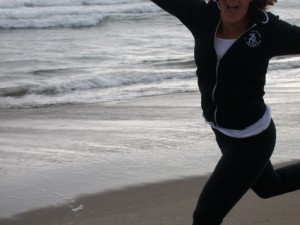